Playing alongside Virat Kohli is a ‘huge buzz’ for me: Shane Watson 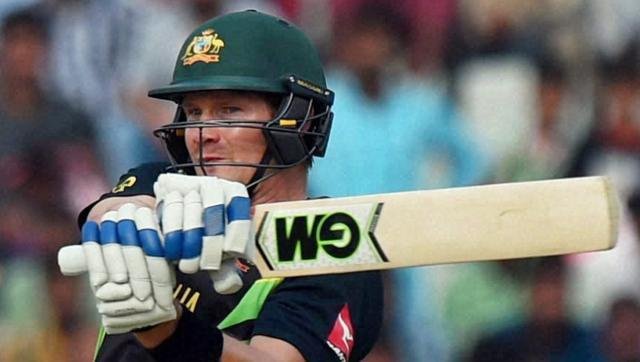 Australian all-rounder Shane Watson is looking forward to playing alongside Indian swashbuckler Virat Kohli in the Indian Premier League and said on Monday that he would be comfortable batting at any position for Royal Challengers Bangalore.

Watson, who has recently retired from international cricket, said it is a “huge buzz” for him to play with Kohli, against whom he had a few battles on the field.

“It is exciting to be playing leagues like Big Bash, Pakistan Super League, the IPL. I get the privilege to play with a number of players against whom I played international cricket. For example, I will get to play with Virat and that’s a huge buzz for me. I have had had a few battles with him on the field and always had the utmost respect for him,” he said.

Watson said that he and Chris Gayle had few run-ins in the past, but have buried their differences for the sake of playing for RCB.

“It’s amazing how the world works and how life works. Chris Gayle and myself have certainly had a few run-ins throughout our international careers. The day I got picked up by RCB in the auction, I saw Chris during the PSL. That was the day we had to bury the hatchet (laughs), knowing that I was going to be playing with him,” he told reporters in Bengaluru.

Gayle and Watson have had on-field clashes in the past. They once clashed during a Test match at Perth in 2009 when the mighty West Indian was given an angry send-off by the Aussie, and later in an interview, Gayle was quoted to have said, “He (Watson) only looks big and strong but he is soft.”

Watson said as soon as a player finds himself in the same team with whom he had on-field issues, he puts everything in the back burner and moves forward.

“You are competing on the field… (and then) as soon as things change and you are on the same team, everyone puts everything aside and moves forward. I have always had the utmost respect for him as a player. So it is nice to get to know him personally off the field, and you move forward,” Watson said.

Watson said he has batted in different positions and is ready to play wherever required.

“I have batted in different positions. I have opened, batted at No. 3 and here I am happy to fit in wherever I am required with Chris, Virat and AB (de Vlliers) as well,” he said.