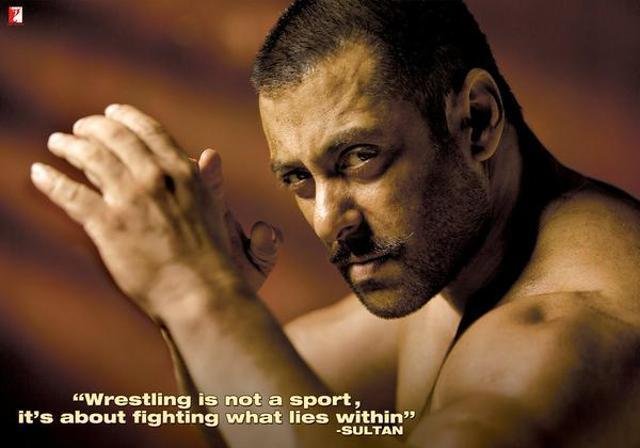 Salman Khan shared a picture revealing his Sultan look on Friday. This is Salman Khan as you have never seen him before — buffed up and sporting a moustache, the star plays a wrestler in the film.

Reports suggest Ali Abbas Zafar’s Sultan will be packed with high-octane action. The film is slated to hit theatres on Eid 2016.

Also read: Salman Khan to put on a lot of weight for Sultan

Earlier, Salman Khan had promised double fun with Sultan and said, “Audiences will see me in double size. My training for Sultan has started; so I need to get bigger and fitter for the role,” Salman, who is 49, said last month.

Aamir Khan is also playing the role of a wrestler in Dangal and has put on a lot of weight for the role. We will just say this: Let the best wrestler win.