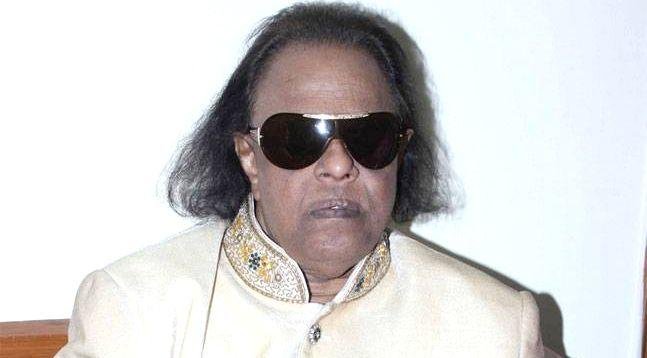 Some composers are born to create beautiful melodies even if they cannot see the world and its creation. Almost entirely blind, music composer Ravindra Jain who passed away on Friday was the ‘sur’ das of the film fraternity.

Though he did not achieve any sustained super-success he created some of the most enduring melodies of our times such as Lata Mangeshkar’s ‘Dil Mein Tujhe Bithake‘ in Fakira, Hemlata’s ‘Ankhiyon Ke Jharonkhon Se‘ from the film of that title and Kishore Kumar’s ‘Ghungroo Ki Terah Bajta Hi Raha Hoon Main‘ from Chor Machaye Shor.

Known for his soft minimal melodies, Ravindra Jain wrote the lyrics of most of his songs himself. His association with the Rajshri banner yielded a harvest of successful melodies in small-budget films like Chit Chor, Nadiya Ke Paar, Tapasya and Saudagar.

A majority of Jain’s songs were sung by his muse Hemlata. It is believed by many musicologists that Jain’s obsession with the singer brought down the equity of many of his melodies

An acutely music minded filmmaker says, “Think of what those exquisite songs in Chit Chor or Anhkhiyon Ke Jharonkon Se would have been like had Lataji sung them instead of Hemalataji. Ravindra Saab insisted on a particular singer. Many producers would not entertain his package deal.”

Clearly the high points of Ravindra Jain’s career were the two back-to-back scores he did for Raj Kapoor in Ram Teri Ganga Maili and Henna. Lataji sang the melodies in these two films to the pinnacle of perfection.

Though not quite known to be a chartbuster, Ravindra Jain gave Hindi cinema a song in the film Chor Machaye Shor that ultimately went on to become the title song of the biggest hit film of all times: ‘Le Jayenge Le Jayenge Dilwale Dulhaniya Le Jayenge‘.