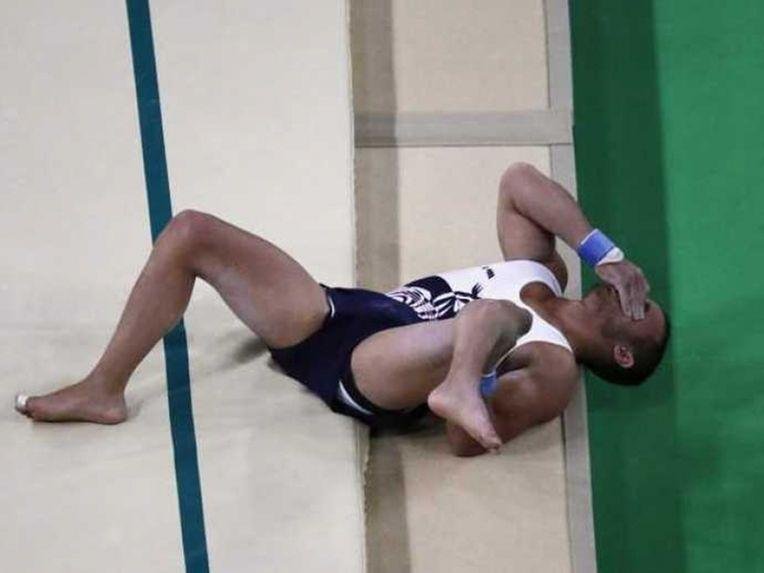 French gymnast Samir Ait Said underwent surgery on the gruesome double break of his leg suffered at the Rio Olympics but vowed to try to come back for Tokyo 2020.

The 26-year-old snapped the lower part of his left leg landing badly from the vault in the men’s qualifying on Saturday.

Ait Said fell to the mat in agony clutching the back of his knee and his leg, which was left at an angle that shocked many in the crowd.

“I want to thank you all for your messages of support, it really heartened me, it felt good, it really boosted my morale,” the gymnast said in a video posted after undergoing emergency surgery in Rio.

Ait Said explained that the double open fracture of the tibia and fibula “required immediate surgery, which went very well. I can be back on my feet in not very long, well ‘on my feet’, everything is relative.”

“I’m going to return to the venue to encourage my friends because the competition is not over,” he continued, referring to teammates Axel Augis and Cyril Tommasone who qualified for all-around and pommel horse finals respectively.

“I’ve gotten into the spirit of things with my blue-white-red plaster, allez la France!” said Aït Said, showing his plastered foot in the French national colours.

Ait Said qualified for the rings final on his speciality apparatus before disaster struck and had been one of France’s leading medal hopes.

But he vowed to pursue his dream to compete in the Tokyo Olympics in four years time after also being forced out of the London Games because of a knee injury.

“Believe me the adventure of Tokyo-2020 is still alive and once I’m up on my feet again we’re going to continue training and go for this Olympic gold.”

The French delegation said that the gymnast had suffered a double tibia and fibula fracture.

“Samir Ait Said underwent an operation in Rio during the night which went well,” the French gymnastics federation said.

“The operation was good, he woke up at 6.00am,” said former teammate Hamilton Sabot on Twitter.

The German team were also reeling after national all-around champion Andreas Toba suffered a cruciate knee injury on the floor ending his Olympics.

The 25-year-old was helped off the floor at the Rio Olympic Arena but continued on the pommel horse to help his team qualify for Monday’s eight-team final, before hobbling off.

German media had speculated that Toba could try to continue, but this was ruled out on Sunday.