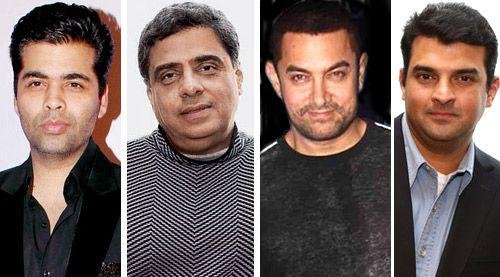 This is going to be the greatest merger-saga of Bollywood in recent times. Producer-director and owner of Dharma Productions Karan Johar is all set to join hands with Aamir Khan, Ronnie Screwvala (former founder of UTV), leading Mumbai distributor Anil Thadani and Siddharth Roy Kapur of UTV-Disney Films to combat what is secretly being referred to as the “multiplex monopoly.”

A source very close to the development says, “The idea behind the conglomerate being formed by these five seasoned entrepreneurs is to combat the monopolistic stronghold of the big multiplexes that virtually lay down ground rules about the terms and conditions for the release of films. The merger will endeavour to break the multiplex monopoly, bring the smaller multiplex chains into the picture, construct new theatres, create a financially feasible alternate outlet chain to the big multiplex chains.”

The quintet has already worked out all the nitty-gritty of the partnership. A formal announcement will be made at “an appropriate time.”