Revealed: the $65,000 gender pay gap at the top of politics and public service 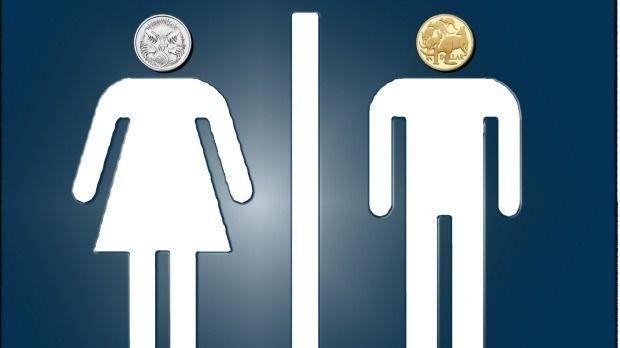 Australian women performing top jobs in business and the public service are being out-earned by their male fellow bosses by an average of $65,000 a year, figures from the Tax Office reveal.

Female politicians are trailing their male colleagues by an average of $60,000, according to the latest ATO figures. Women in middle and second-tier public sector management roles are more than $20,000 worse off each year than men with the same job descriptions.

But nearly 112,000 of those individuals were men and they declared average taxable incomes of nearly $182,000 compared with an average of $117,000 for their female counterparts.

Further down the food chain, about 18,000 men described themselves as public policy managers, or public servants at the middle management EL1 or EL2 levels, assistant secretaries or senior agency managers.

Across all those reporting income to the ATO, the average taxable income for men is $75,500 and for women it’s $48,900 before the figures have been adjusted to allow for the greater proportion of women who work part time.

The average wage gap figure, adjusted for hours worked, is thought to stand at about 19 per cent.

“You’ve probably got a higher proportion of men in higher paid top secretary positions like the head of Treasury, the head of Prime Minister and Cabinet, those sort of organisations,” Mr Phillips said.

But Mr Phillips cautioned that the ATO data was not detailed enough to conclude there was a widespread issue of men being paid much more for doing the same job at the same level.

“We don’t know if all those people are at the same level of seniority, so there could be a few things going on,” he said.

“It may well be that women will take five, six, seven or eight years out of the labor force and that will slow your career progression down.

“But I think it’s fairly obvious that there’s a reasonable gender pay gap and it seems to be persisting in Australia.

“There’s a range of factors about why that is but some of it can come down to culture of workplace in Australia, some of them are very male-dominated workplaces here in Australia and that could be a reason why.”

Mr Phillips reiterated that there were some professions where women were lagging behind their male colleagues to a larger extent than in the public service.

“There are some occupations where men are less well paid than women, but by and large there is a fairly large pay gap of about 19 per cent once you account for hours,” he said.

“There are certain occupations where there are massive differences and that’s in finance areas, the legal areas, and the medical areas, particularly with medical specialists, that’s when the main pay gaps are.”