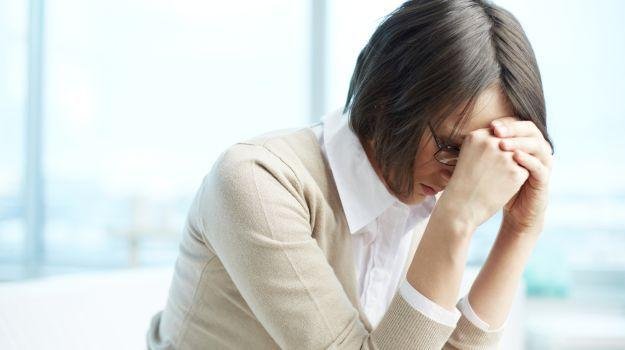 People often like to groan about how their job is “killing” them. Tragically, for some groups of people in the U.S., that statement appears to be true.

A new study by researchers at Harvard and Stanford has quantified just how much a stressful workplace may be shaving off of Americans’ life spans. It suggests that the amount of life lost to stress varies significantly for people of different races, educational levels and genders, and ranges up to nearly three years of life lost for some groups.

Past research has shown an incredible variation in life expectancy around the United States, depending on who you are and where you live. Mapping life expectancy around the nation by both county of residence and race, you can see that people in some parts of the U.S. live as many as 33 years longer on average than people in other parts of the country, the researchers say.

Those gaps appear to be getting worse, as the wealthy extend their life spans and other groups are stagnant. One study found that men and women with fewer than 12 years of education had life expectancies that were still on par with most adults in the 1950s and 1960s – suggesting the economic gains of the last few decades have gone mostly to more educated people. The financial crisis and subsequent recession, which put many people in economic jeopardy, may have worsened this effect.

There are lots of reasons that people with lower incomes and educations tend to have lower life expectancies: differences in access to health care, in exposure to air and water pollution, in nutrition and health care early in life, and in behaviors, such as smoking, exercise and diet. Past research has also shown that job insecurity, long hours, heavy demands at work and other stresses can also cut down on a worker’s life expectancy by taking a heavy toll on a worker’s health.

But researchers say this is the first study to look at the ways that a workplace’s influence on life expectancy specifically break down by racial and educational lines.

To do their analysis, they divided people into 18 different groups by race, education and sex. They then looked at 10 different workplace factors – including unemployment and layoffs, the absence of health insurance, shift work, long working hours, job insecurity and work-family conflict – and estimated the effect that each would have on annual mortality and life expectancy.

Race and gender also played a role. Blacks and Hispanics lost more years of life because of work than whites did in every education and gender category. And women generally fared better than their male counterparts, with one exception: educated Hispanic women lost significantly more of their life span to working conditions than educated Hispanic men did.

Some of the categories that the researchers studied took a bigger toll on life expectancy than others. Across all groups, unemployment and layoffs, and a lack of health insurance were the factors that exerted the biggest influence. Low job control was the next biggest influence for both men and women, followed by job insecurity in men and shift work in women. Here’s what those factors look like for different racial, gender and educational groups:

The researchers say their findings have a clear takeaway: We need to focus more on creating healthier work environments, especially for workers with less education. The good news is that the way to accomplish this is relatively straightforward. They suggest that many of these issues – including long hours and shift work, the lack of health insurance and paid time off, and job insecurity – can be partly solved through better policies to support workers.