Rats in the ranks, chasing the PM’s tail? 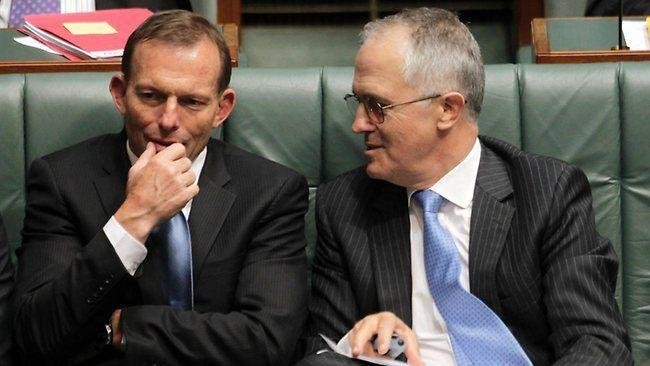 A day after revealing federal police will investigate the leak of classified defence documents, Malcolm Turnbull headed out to a university campus in Canberra.

There, in a sunshine filled inner-courtyard, the prime minister found giggling school students chasing each others tails.

The game? Rats and Rabbits.

Depending on which animal you were the children had to run to a safe zone while trying not to lose their tails.

But is there a rat in the ranks of his government, chasing the leader’s tail?

At the request of Defence department secretary Dennis Richardson, police will attempt to find out who was responsible for leaking sections of an early version of its blueprint, known more formally as a white paper.

The sections revealed initial plans, developed at a time when Tony Abbott was prime minister, to bring new submarines into service by the mid-2020s, years earlier than the government now plans.

The apparent delay prompted Mr Abbott to say he was “flabbergasted” at the decision.

Abbott denies he’s the leaker, insisting he doesn’t background journalists, even The Australian’s Greg Sheridan who he counts as a friend, and who was recipient of the leaked documents.

Treasurer Scott Morrison was prepared to accept the denial, telling reporters: “Of course I take Tony Abbott on his word on that.”

Turnbull wasn’t as forthcoming when, during a visit to the Australian Catholic University, reporters asked him whether he trusted his predecessor.

“I’m not going to engage in a discussion about personalities,” he said.

Instead, he was more focused on chasing more and better jobs for Australians by making sure the country continued its successful transition to the new economy.