Ranbir Kapoor is the best actor to have on sets: Alia Bhatt 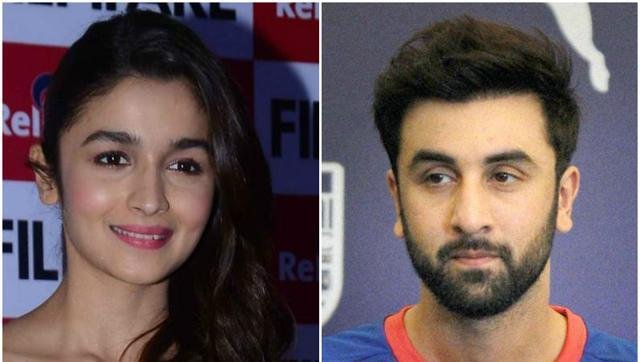 Since her debut Bollywood film, Student Of The Year (2012), Alia Bhatt has been on quite a roll with several back-to-back hits, including Highway (2014), 2 States (2014) and Humpty Sharma Ki Dulhania (2014). In fact, she will be seen in another big-ticket venture next year, in which she will share screen space with Ranbir Kapoor, something that she is very excited about.

“I know that Ranbir’s energy is superb. When Imtiaz Ali (director) and his team were working with him on Rockstar (2011), they used to call him their soldier, because he was always there for the team. Plus, he is very adjusting [while working on a film]. So, he is the best actor to have on the sets,” she says.

Interestingly, Alia, too, was referred to as a soldier during the making of Highway. “Imtiaz and the team started calling me the same, saying, ‘Even you are like a soldier. You remind us a lot of Ranbir.’ So, it will be quite interesting to work with him. Plus, Ayan (Mukerji; director of her next film) is a very close friend of mine,” she adds.

On the other hand, the 22-year-old will once again be seen with Shahid Kapoor (after their recent outing) in director Abhishek Chaubey’s next, a project she calls the “mother of all things different”. “When you get into a space like Highway or Abhishek’s film, the point is to shock a bit, and step out of your comfort zone. I am not doing the film only because it’s different. I’m doing it also because I believe in my character, and the subject of the film,” she says.