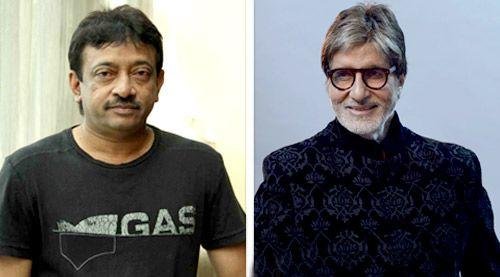 Ram Gopal Varma never fails to make news. This time round, it’s for a good reason. After releasing the trailer of his latest film Veerappan and announcing Rai, the maverick film maker has now confirmed that he is making Sarkar 3 with Amitabh Bachchan in the lead.

Amitabh Bachchan recently he said that when he had visited Ram Gopal Varma at his new office (named ‘Company’), Sarkar 3 was amongst the many things that they spoke about. Besides that, he did not say anything. On the other hand, RGV stated that he was very excited about the film as for him, Sarkar 3 was as an opportunity to redeem, reinvent and redefine him. He added while they were keeping the essence of Sarkar, Amitabh Bachchan would be styled as per today’s fashion trends.

Additionally, while Aishwarya Rai Bachchan or Abhishek Bachchan won’t be there in the film, Sarkar 3will see a new set of characters who were not a part of the earlier films.