Movie sets are bustling with women: Madhuri on the change in Bollywood 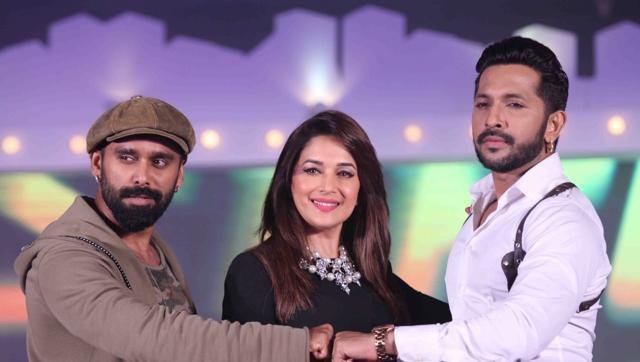 The gorgeous Madhuri Dixit, who was last seen in women-centric film Gulaab Gang with Juhi Chawla says that women are no longer playing victim or an avenger in Bollywood.

With debut film Abodh and others like Dedh Ishqiya, Lajja, Devdas and Mrityudand to her credit, Madhuri said “it is very interesting the way and the kind of roles that being written for women now”.

“They are no longer just victims or avengers, they are like different characters with different roles in society, which is so wonderful. They are not just eye candies, women are not perceived in a particular way anymore,” Madhuri told IANS in a group interview in Mumbai on Wednesday.

When she started her journey in the film industry, there were hardly any women on the sets, but that is no longer the case, the Aaja Nachle actor said, adding that it was a good change indeed.

“When I started, the only woman you saw on the set was the heroine… and the hair dresser and maybe a costume designer… today when I walk in, the sets are bustling with women! They are assistant directors, cameramen, script writers, directors… so many roles they are playing,” she said.

“It just happened that I signed such projects. It just fit very well. Today, work is much more organised, earlier it was haphazard… now more streamlined and disciplined,” she said at the launch of dance reality TV show So You Think You Can Dance-Ab India Ki Baari.

Madhuri will be a judge on the show to be aired on &TV.