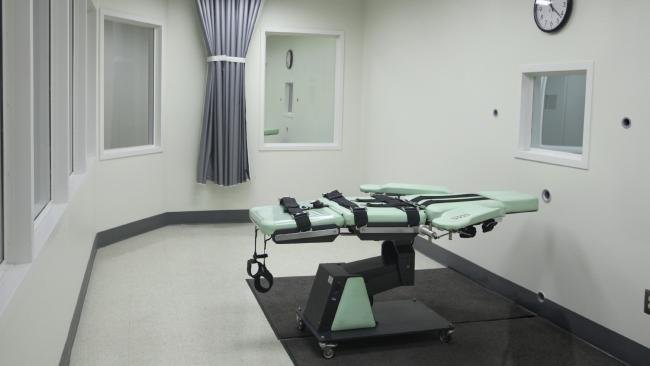 A QUEENSLAND MP says the government should consider reintroducing the death penalty to deal with terrorists.

Moggill MP Dr Christian Rowan used a speech during a debate about Queensland’s Counter-Terrorism and Other Legislation Amendment Bill 2015 to call for “strong action” against terrorists.

“I certainly support the suspension of privileges, including the right to vote or receive social security or other governmental entitlements, if convicted of terrorism-related offences,” Dr Rowan told Queensland’s parliament last night.

“A reintroduced death penalty for certain or specified terrorist acts should also be considered in my view.”

Dr Rowan is the former president of the Australian Medical Association’s Queensland branch and was a specialist in addiction medicine before switching to politics for the Liberal National Party.

He also has a Masters degree in Diplomacy.

“We need strong action against those people, whether Australian born citizens or otherwise, who follow and promote transnational terrorism,” he said in his Remembrance Day speech, reminding the community that although the occasion marked the end of historical battles, there were many diplomatic challenges ahead.

“The further evolution of global terrorism and the radicalisation of young Queenslanders and Australians is not only deeply disturbing but also very tragic.

“Stopping the spread of extremist agendas and insular ideologies can only be addressed through engaging the disenfranchised, the disaffected and the marginalised from a very young chronological age.

“Developing strategies and practical programs to address social, economic and educational disadvantage must be a top priority of successive governments in Queensland.”