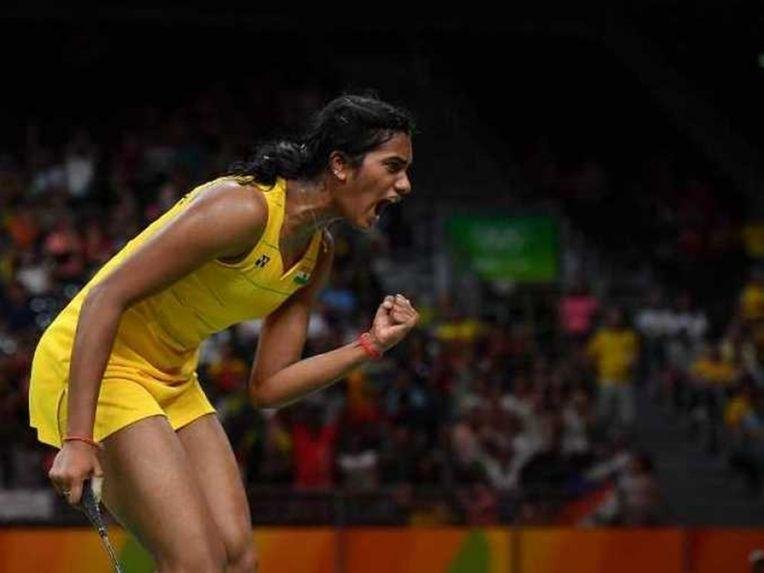 PV Sindhu created history and ensured India would walk away with a medal in the ladies singles badminton tournament as she defeated Japan’s Nozomi Okuhara 21-19, 21-10 to enter the final at the 2016 Rio Olympics.

Sindhu used her height and better serve to her advantage as she raced away to a 3-1 lead in the first game. Okuhara hung in and managed to keep touch with the Indian but Sindhu continued to maintain her advantage. A couple of unforced errors reduced Sindhu’s lead to 15-13 but the Indian held her nerve and clinched the first game 21-19.

In the second game, Okuhara started better and pulled things back after Sindhu had raced away to an early lead. At 9-9, the game was delicately poised but Okuhara made some errors and her judgment at the net was poor as Sindhu seized the initiative to win 11 straight points and win the second game 21-10.

Speaking to NDTV after the win, Sindhu said that her target is gold. “‘I didn’t take it easy at any point. I feel she played a good game, there were many rallies. The final will be my biggest match. Marin is a tough opponent and I will give my best.”

Sindhu also stated that she will try and make Abhinav Bindra’s wish come true of becoming only the second Indian individual to ever win an Olympic gold medal. Bindra had tweeted “What a player !! @Pvsindhu1 I’m waiting for you to join me in the club. You have no idea how lonely it’s been !!!”

With this win, Sindhu became the first Indian female badminton player to enter the final of the ladies singles event in the Olympics. In the final, she will play Carolina Marin for gold.