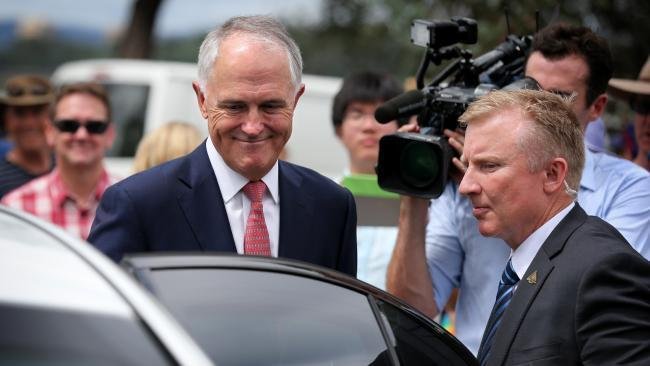 MALCOLM Turnbull has given a strong indication the federal election will be later rather than sooner in 2016.

“There will be an election … all other things being equal, in August, September, October, in the latter part of the year,” the Prime Minister told 3AW.

As far as the coalition was concerned it was not going to a “fistful of dollars election campaign”, he said.

“Maybe the Labor Party will, as they ramp up their recklessness, seek to do that,” he said.

Australians expected the PM to manage the budget responsibly and to get the most “bang for their taxpayer buck”, he said.

Mr Turnbull vowed to unveil a tax reform package in the lead-up to election day.

But cabinet had not made a decision yet about whether to announce the details or make any tax changes in the May budget.

Mr Turnbull has emphasised the importance of cabinet renewal while batting away questions about the prospects of Tony Abbott’s return to the frontbench.

It had been important to bring “some new younger faces” and more women into cabinet, Mr Turnbull told Radio 3AW today.

Asked if there was any chance of Jamie Briggs returning to the ministry despite his resignation over inappropriate behaviour, Mr Turnbull replied: “He’s a young man. Time will tell”.

Malcolm Turnbull says it’s unlikely Australia Day will ever be moved to another date, despite being fiercely opposed to by Aboriginal Australians and their widespread supporters.

The PM also endorsed this year’s Australian of the Year David Morrison, declaring him a good choice.

Asked if he could ever see a time when Australia Day was moved away from January 26, Mr Turnbull told 3AW: “That’s very unlikely.”

January 26 marks the anniversary of the 1788 arrival of the First Fleet of British ships at Port Jackson, where a penal colony was established.

There have been rallying calls to move Australia Day to another date, with January 1 suggested as the anniversary of the nation’s federation.

Mr Turnbull said he was aware there had been some criticism of General Morrison’s selection, including that he was a safe choice over deserving female candidates.

The decision was made by the National Australia Day Council not the government, he said.

Mr Turnbull was quizzed about the role of the Australian of the Year, amid criticism it was becoming more about advocacy of social issues.

“The role of the Australian of the Year is to be themselves,” he said.

“They need to be a person of a character and a quality, that is admired, that is something of a role model, but also somebody that can use that platform.”

Turnbull insists the government will make prudent savings “right across the board” as it grapples with budget deficits and rising debt.

But he’s dismissed interpretations of a speech by Treasury chief John Fraser that Australia’s triple-A credit rating was in jeopardy unless urgent efforts are made to cut spending.

“The media have written that up perhaps a little bit more sensationally than it warranted,” Mr Turnbull told 3AW.

Mr Fraser on Tuesday night said Australia could not afford to be complacent about its top ranked credit rating — a status enjoyed by only nine other countries.

The nation needed to retain a triple-A ranking to ensure it could service a Commonwealth debt interest bill running at just over $1 billion a month, he said.

That figure was projected to more than double within the decade unless action was taken to improve the budgetary position.

Mr Turnbull said the three major credit agencies had given a tick of approval to the government’s midyear budget review and its plan to return to a fiscal balance.

The factor that was most important in bringing the budget back into balance over the long term was strong economic growth.

Mr Turnbull acknowledged government debt was too high and was being driven up by continued deficits.

“What we are seeking to do is to rein that back in by making prudent savings right across the board,” he said.

“Wherever we can find a means of doing so, and getting the right policy bang for a smaller taxpayer buck, we will do so.

“My view is that the electorate is very well attuned to the difficult financial situation that the government faces, and the fact that it is in deficit.”