Power Play: The Role of Sci-Tech In Sports

Things are a-changing on the field. A couple of decades ago, a player’s talent and practice were the sole criteria for team representation. Not anymore. Now, excellence is about optimising peak performance on the field. With tech support, sports has become a different ballgame: With a touch of science, the goal is now to aim higher by working smarter.
The New Age
As viewers too, our viewing experience on screen has changed dramatically. Science and technology have permeated every aspect of games: training, judging, coaching, safety measures, injury-recovery and more. This is the era of Sports Science — a new age approach to sporting excellence.
With investments worth millions, Sports Science is an active research area with experts giving a scientific edge to every athlete’s performance. Now, Performance Enhancing Companies provide a team with real-time bio-feedback systems and related applications, to enhance achievement.
Decoding Talent
Gifted wonders like Usain Bolt’s jaw-dropping strides and stride rates have baffled scientists on the workings of human physiology. To crack the code, exercise biologists, biomechanics and sports scientists now use bio-markers to study and provide answers on the neuro-muscular responses to intense activity. This valuable repository is proving to be indispensable for athletes as they hone their talents and overcome limitations. 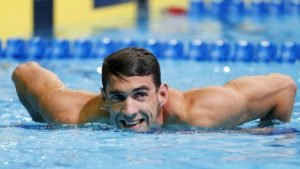 Transformers
With benchmarks set higher with every sporting event, scientists are looking to improvise sporting gear. Research hubs are investing to add edge to their players, transforming them from athletes to super athletes. For instance, Michael Phelps has a specially designed speed-enhancing swimwear that gives him the right compression and flexibility to cut through waters with precision.
Gymnastics, formula racing and athletics are therefore, also becoming safer with a few tweaks to the equipment, reducing extra pressure on the performers.
May The Best Man Win
Today, winning doesn’t depend on talent alone. Fitness level of the players is of paramount importance because a healthy team scores an advantage over talent by delivering consistent performances. Hence, it is commonplace to find physiologists, sports scientists, physiotherapists and neurobiologists working along with trainers and coaches. As one size does not fit all, customised training programs with personalised apps are used to bring out the best in every individual.
Reportedly, Serena Williams’ power shots had roots in her tailored training, based on a military drill called “run and gun”.
With diet and nutrition playing a critical role, a personalised fitness regime has also seen Indian cricketer Virat Kholi emerge as one of the fittest sportsmen in the world. 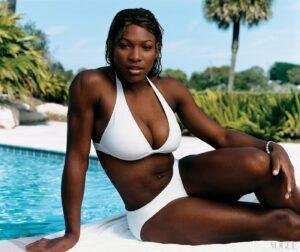 Healing Touch
Despite measures, sportspople face debilitating injuries, which can shatter not just their careers but their psyche as well. Thus, effective healing from injuries has become an equally important aspect of sports science. To get them back on track, experts delve into pain relief mechanism to give quick and long-lasting recovery programs to performers. Cryotherapy is one such method, where the injured sits in a freezing chamber for a short time for pain relief. Along with physical treatment, the players undergo regular psychological tests to put their confidence back on track.
Fair Play
Technology is overriding human decisions on the field; replay being one of the simplest examples. It gives an accurate insight into a decision, eliminating human errors and foul play. Typically, as many as 34 cameras are stationed across the field to monitor every angle and move of the players. Ball games have embedded sensors, while contact sports like boxing and martial arts require players to wear magnetic socks and headgear fitted with sensors to gauge errors immediately.
Peak Performance
A couple of decades ago, a coach was unable to detect the physiological signals of fatigue or threshold limit of the players, crucially affecting success in the game. Now with tech-support, a player is monitored round the clock to detect signs of fatigue or illness well in advance, helping the coach make strategic changes.
As the bar continually rises, sportspersons face new challenges but science – as we see – is all poised to take on such calls without leaving any stone unturned.
Ruling The Roost
According to a survey, Sports Science is racing on to become one of the most sought-after career options, coming in a close second to IT. It is also being touted to be one among the top in the paying field. Nearly 54 reputed institutions in Australia offer courses in Sports Science.