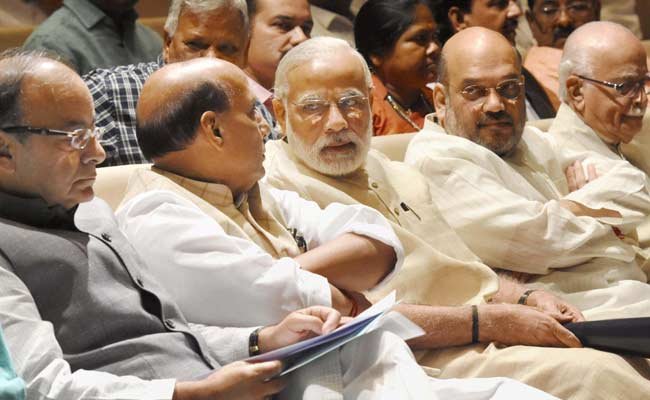 If there was an “unlike” button on Twitter and Facebook, Prime Minister Narendra Modi has just pressed it for a chunk of his 280 lawmakers. All of them need to get active on social media and use it spread the word on the government’s achievements, he has said.

So Tuesday saw a group of elderly lawmakers huddled around the younger lot in Parliament’s central hall, taking lessons on Twitter and Facebook, and refreshing defunct accounts.

The Prime Minister has even arranged for formal lessons. The three charged with organising the tutorials are power minister Piyush Goyal, Petroleum Minister Dharmendra Pradhan and Minister of State Jitendra Singh.

Part of the lawmakers’ morning meeting with the PM had been embarrassing.  “How actively have you used social sites to spread the government policies?” PM Modi had asked point-blank.

As most furtively started pocketing their smartphones, the PM went on: “3.2 crore people have got loans under Mudra bank scheme; 3.18 lakh homes will soon get free LPG; rural electrification is reaching lakhs of homes. Have you all gone to the public about these achievements?”

With few giving positive responses, the Prime Minister left them with a message: Get active.

While the BJP is known for its well-oiled social media machinery, the same can’t be said of its individual lawmakers. With 47 per cent lawmakers above the age of 55, the 16th Lok Sabha is the oldest ever. And most lawmakers on the wrong side of 50 feel social skills don’t necessarily include social media.

“I’m not on Twitter or Facebook. How do I start,” said a lawmaker born soon after Independence.

Lawmakers like him had trouble coming. An audit, done on PM Modi’s orders showed how they had failed to leverage the social media. The report had a note on each Parliamentarian and minister’s Facebook and Twitter profile – noting the number of their followers, likes, retweets and the government work propagated.

With almost 2 crore followers on Twitter and 3 crore likes on Facebook, PM Modi leads the pack. Among his ministers, Sushma Swaraj, Rajnath and Nitin Gadkari are best performers.

But the report noted that 45-odd lawmakers from Uttar Pradesh had inactive accounts, and 10 of Rajasthan’s lawmakers were not on Twitter.