PM Modi Will Not Attend SAARC Summit In Pakistan 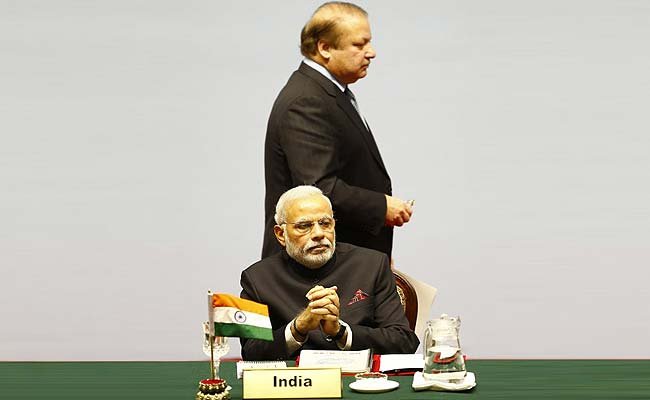 Prime Minister Narendra Modi will not travel in November to Pakistan to attend the regional SAARC summit, said the government today, blaming “cross-border terror attacks” for creating an environment that is “not conducive” for the meeting of the eight-nation group.

Sources said that three other countries – Afghanistan, Bangladesh and Bhutan – have also signalled that they will not attend the meeting, virtually ensuring that the session will have to be relocated.

Today’s move is so far the biggest in India’s global campaign to isolate Pakistan after four terrorists crossed the border into Kashmir and attacked an army base in Uri. 18 soldiers were killed.

The Prime Minister has made a series of moves in recent days to penalise Pakistan. He has reviewed the crucial Indus Waters Treaty, which divides resources from six rivers between India and Pakistan. PM Modi said “blood and water can’t flow together” as officials said that India will now utilise much more of its share of water, which will eat into the surplus that Pakistan had been availing. Pakistan’s Sartaj Aziz, who functions as Foreign Minister, said today that if India pulls out of treaty, it will amount to “an act of war”. PM Modi has also called for a deliberation on Thursday of whether to downgrade Pakistan’s status as a trading partner.
Pakistan said though it has not received any official communication, the Indian announcement was unfortunate. “As for the excuse used by India, the world knows that it is India that has been perpetrating and financing terrorism in Pakistan,” a communique said. “It is India which has violated the international law and UN charter by interfering in the internal matters of a sovereign state, Pakistan.”

Afghanistan’s ambassador to India Dr Shaida Mohammad Abdali told NDTV last week that it was willing to consider a joint boycott of the SAARC or South Asian Association for Regional Cooperation summit along with India and other members.

As thousands of residents of the Kashmir Valley clashed with security forces on a daily basis for over a month, Pakistan lionised Wani as a martyr and as a leader, and, according to India, funded and incited the unrest.

At the United Nations General Assembly in New York last night, Foreign Minister Sushma Swaraj warned Pakistan, “Let me state unequivocally that Jammu and Kashmir is an integral part of India and will always remain so.”