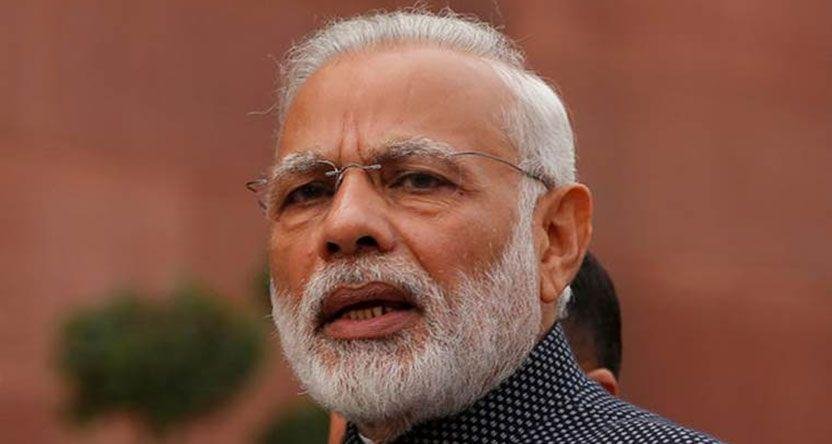 The prime minister’s remarks come just a day after Gandhi alleged Modi got kickbacks from Sahara
Prime Minister Narendra Modi taunted his political rival and Congress vice-president Rahul Gandhi during an address earlier Thursday at the Banaras Hindu University in his parliamentary constituency of Varanasi.

“They have a young leader. He is learning to speak. From the time he has learnt to speak, there is no end to my joy,” said PM Modi in a reference to Gandhi.

“Naa bolte toh bada bhukamp aajata, aur desh ko kitna bada bhukamp jhelna padta ki desh 10 saal tak ubhar na pata..lekin achha hua bolna shuru kar diya, toh pata chal raha hai bhukamp ki sambhaavna bachhi hi nahin (If he had not spoken, this country would have had to bear a huge earthquake, but it is good he has started to speak because now we know there is no chance of an earthquake),” the prime minister added in a sort of response to Gandhi’s ‘earthquake’ warning if he spoke on demonetisation. The comments came after PM Modi inaugurated a cancer research institute in the city.

The prime minister’s remarks come just a day after Gandhi alleged at a public rally in Gujarat that in the records with Income Tax department, there were notings of Sahara officials’ claims that they paid PM Modi nine times between October 2013 and February 2014, and that the total amount was Rs 40 crore.

“You (Modi) did not allow me to speak in Parliament… you did not want to face me in the House. I will tell you the reason. Any business entity keeps records of its transactions. On November 2014, the Income Tax department conducted raids on Sahara and found some documents. I want to share with you the contents of the documents. There were several entries in those documents, which I am reading out before you,” he said.
The BJP soon hit back at Gandhi calling the allegations baseless and untrue.

Gandhi had earlier said that he had information to prove PM Modi’s personal involvement in corruption and that his remarks would cause an ‘earthquake’ in Parliament.