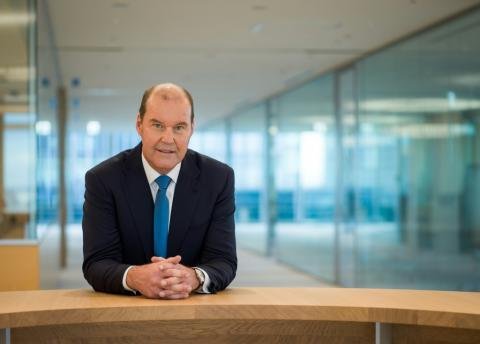 Pharmaceutical firms must be “very transparent” about the risks and benefits of vaccines in efforts to end the coronavirus pandemic, the head of Asia’s largest drugmaker has told AFP.

Takeda, one of the world’s biggest pharmaceutical companies, is not developing its own vaccine but has contracts with several firms to distribute their jabs in Japan and is also testing a virus treatment.

“We have to manage the situation well, be very transparent and extremely educative in the way we introduce products,” chief executive Christophe Weber told AFP in an interview.

“Medicines or vaccines are never perfect… there are always some side effects,” said Weber, who joined Takeda in 2014 and took the top job a year later after nearly two decades at Britain’s GlaxoSmithKline.

But he is optimistic the industry can explain the risks and benefits properly.

The Frenchman even sees a chance that the inoculation could help push back the growing tide of uncertainty and outright opposition to vaccination worldwide.

“It will be interesting to see. Vaccine hesitancy is strong, especially in some countries, but many vaccines are protecting against diseases that people never see,” he said.

“Here it’s different, everybody is seeing the impact of the coronavirus… so it could actually re-demonstrate the value of vaccines.”

Takeda inked a deal with the Japanese government and US firm Moderna Therapeutics in October to import and distribute 50 million doses of its vaccine in Japan from the first part of 2021.

The US Food and Drug Administration on Friday granted emergency authorisation for the Moderna jab — the same permission already granted to the Pfizer/BioNTech version.

Takeda has also signed a deal with US biotech firm Novavax to produce and deliver its vaccine in Japan, if ongoing clinical trials prove successful.

But the firm — which became one of the world’s largest pharma companies after its 2019 purchase of Ireland’s Shire — has decided not to develop its own coronavirus jab.

“When we assessed the situation and the technology that we have in-house, we felt we did not have the best technology to develop a vaccine,” Weber said.

Japan’s pharmaceutical sector has moved comparatively slowly in the race to end the pandemic, and while companies including AnGes, Shionogi and Daiichi Sankyo are now developing vaccines, they are not expected to be available before 2022 at the earliest.

The country has however secured doses from players abroad, including Pfizer and AstraZeneca.

“There is no leading vaccine player in Japan,” said Weber, adding that Takeda hopes to develop in that direction, including with plans for a dengue vaccine.

He believes Japan’s biotech sector is less developed than that in the US because the country lacks the “vibrant spin-off mechanism” to help scientific research groups grow into successful start-ups.

“In Japan, scientific research and academia is strong, but there is much less in the way of spin-offs and venture capital,” he said.

“We need to make more efforts to generate this ecosystem in Japan,” he added, pointing to an open innovation research facility Takeda founded in 2018 that houses 70 companies, including young biotech firms.

And while it has shied away from coronavirus vaccines, Takeda has been working on a plasma therapy to treat the new respiratory disease in collaboration with an international alliance of drug manufacturers.

Called CoVIg-19, the treatment uses concentrated and purified antibodies taken from patients who have battled the coronavirus.

Weber expects clinical trial results for the treatment to be published early next year and says a timeframe for it to hit the market “will all depend on the data”.

He’s not concerned that the arrival of multiple vaccines renders the treatment irrelevant, warning “we shouldn’t drop the ball and assume vaccines will solve everything”.

“The vaccines don’t have 100 percent efficacy,” he said, adding that how long they protect for remains unclear and that some patients suffer conditions which prevent them from getting inoculated.

Vaccinating the entire world is also going to be a lengthy process, Weber stressed.

“There is still a great need for efficient treatments.”