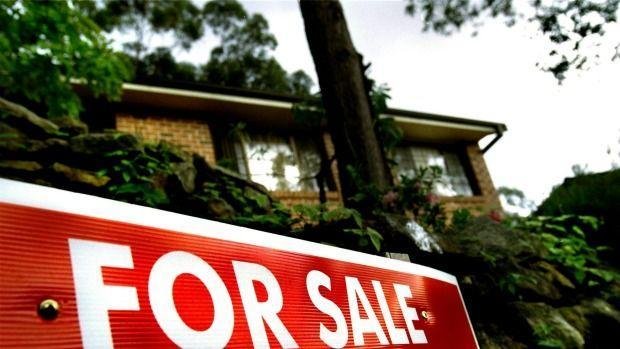 It’s time for spring home sellers to get real and accept the new reality. If you want some pie-in-the-sky price for your property, something your neighbour got back in winter, think again. You’re three months too late.

Clearance rates have been on the slide for months, but with Saturday’s 65.1 per cent clearance rate – down from almost 90 per cent in May and 70 per cent just a week ago – Domain Group senior economist Dr Andrew Wilson says the market is starting to favour the buyers.

And it’s definitely a buyer’s market in Sydney’s north-west and west.

“There are just fewer buyers in the market, especially now with the prospect of higher interest rates,” he said.

Yet I know of one home owner who put a house up for auction on Saturday with a reserve price that was $1 million more than what his agent said might have been achieved on a good day.

Saturday wasn’t one of those. It came after a week of grim news for Sydney’s property market, showing signs of crumbling under the weight of an unprecedented flood of spring listings.

First, there were Macquarie Bank predictions of 7.5 per cent price drops, starting next year.

It was a national forecast, laughed off as improbable in Sydney or Melbourne by analysts, but the damage was done.

The biggest blow came on Wednesday when Westpac lifted its mortgage rates by 0.2 per cent.

As AMP Capital chief economist Dr Shane Oliver told me later: “The bottom line is that buyers are worried that the Westpac move is a sign of things to come. I think the other big banks will follow . . . it’s only a matter of when.”

However, he might if the clearance rate were to, heaven forbid, drop further.

In the north-west, where a renovated three-bedroom house at 27 Hilda Road, Baulkham Hills, was passed in for $940,000 on a vendor bid, LJ Hooker Castle Hill agent Brian Caba​ said he had seen it all before.

“It would have gone for over $1 million only a few months ago,” he said.

“But I think this is only a temporary thing, the market will bounce back again next year.

“I don’t think its anything to panic about, we’ve got a train coming to the Hills that’s going to save this area.”

Dr Wilson isn’t tipping widespread price drops but the boom is definitely over.

“This isn’t just a blip; it’s clearly a significant downward trend in auction activity, which will translate to the wider Sydney housing market.”

Six regions on Saturday had clearance rates of less than 60 per cent. It’s not a buyer’s market until 50 per cent.

However, the north-west, which has had rapid extraordinary growth, was among the worst performers on Saturday with a 45.9 per cent clearance rate.

The west had an “absolute shocker” at 45 per cent.

Buyers agents such as Simon Cohen said buyers should target these spots.

“If people are talking doom and gloom, now’s the time to jump in,” he says.

“Go look at the properties that are passed in . . . put some offers together with quick settlements and definite deals to entice the vendors.”

Rich Harvey of propertybuyer​ said vendors would have to “adjust their expectations”.

Of the struggling first home buyers, he said “don’t give up; get out there, research hard”.

Laing + Simmons Cabramatta agent Minh Nguyen was keen to hear any offers for a three-bedroom townhouse at 3/53 Powell Street, Yagoona.

“We had some bidders, but the owner wants more money,” he says.

“I told her if she doesn’t take it today, tomorrow might be different – it might be less.”