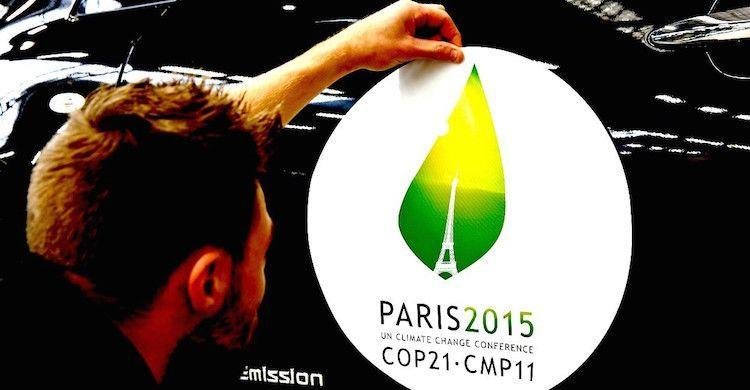 Australia will support the inclusion of a goal of limiting global warming to 1.5 degrees – the level demanded by low-lying countries most at risk from climate change – in a deal being negotiated in Paris in return for favourable carbon accounting rules.

The concession, extracted from Australia by the tiny Caribbean island nation of St Lucia and South Africa, followed lengthy negotiations in Paris aimed at resolving differences over how to treat carbon dioxide emissions.

A failure to remove that obstacle would have been embarrassing for the government after Prime Minister Malcolm Turnbull had declared to world leaders on Monday in Paris that Australia would ratify the second stage of the Kyoto Protocol even though accounting rules had yet to be settled.

While Australia will back the 1.5 degree target being included, it does not mean it will introduce more aggressive climate change policies in line with this goal.

St Lucia and South Africa objected to Australia’s preferred definition of emissions to include changes in land use. The recognition of a reduction in land clearing since the 1990s allowed Australia to meet its target under the protocol even as emissions continued to grow from industrial and other sources.

Australia secured the backing of the two nations during talks with Environment Minister Greg Hunt this week but only after it gave ground on two key areas, James Fletcher, St Lucia’s Minister for Sustainable Development, told Fairfax Media.

“In exchange, we said to the Australians, there was something that is sacrosanct for us as small island developing states and that is the 1.5 degree Celsius as a long-term temperature goal,” Dr Fletcher said.

Australia will back the inclusion of the 1.5 degree target “not in the preamble statement, not in a very loose way, but in the purpose of the Paris agreement”, he said.

The accounting rules will also be made more transparent so that Australia’s preferred definition to include deforestation in its emissions will be clear to all, Dr Fletcher said. The move should also set a precedent for whatever agreement emerges in Paris.

Australia would work constructively to have 1.5 degrees referenced in the text, but could not guarantee what others would do.

“Our formal target remains 2 degrees, but as we did at the Pacific Islands Forum, we think it would be important to reference 1.5 degrees in the text,” he said.

The result came at the end of the first week of the two-week summit. It was a “win-win” for the parties involved, Climate Institute deputy chief executive Erwin Jackson said.

“We get clarity on the rules the countries will use as transparency for the Kyoto targets, and – assuming Australia acts in good faith – it puts us in a position to build trust with the most vulnerable which will be critical to get an effective outcome in Paris,” he said.

The prospect of dual accounting definitions means “countries will be able to look under the hood of what Australia is doing and clearly judge whether the target is Ferrari or a Morris Minor”, Mr Jackson said.

Dr Fletcher said Mr Hunt had identified the accounting issue as “standing in the way” of ratification of the second stage of the Kyoto Protocol. Ratification would allow Australia to take advantage of surplus carbon credits from the first phase of the treaty while also permitting it to buy cheap international credits if it fails to meet its goal of cutting 2000-level emissions 5 per cent by 2020.

Without the deforestation credits, Australia’s emissions from industry and households and other sources are on course to rise about 10 per cent on 2000 levels by the decade’s end.

Australia’s backing could make a difference to whether the 1.5 degree goal ends up merely in the preamble of any Paris agreement or in the text itself.

If the latter occurs then any reviews and stocktakes of emissions targets under the Paris pact would have to use the 1.5 degree goal as one of its benchmark – not just the 2 degrees agreed at the Copenhagen summit in 2009.

The world has already warmed about 1 degree and the carbon emissions plans put forward by almost 200 nations attending the Paris talks would potentially lift temperatures by 2.7 degrees, or well above the level of global warming considered dangerous for climate change.

A negotiator for a small island nation said some developed countries were aiming for the 1.5 degree goal to be merely included in the preamble of any agreement – where it would instead be largely symbolic. But the negotiator said to get an accord in Paris it was increasingly recognised the 1.5 degree goal would have to be in the text because of the sheer number of countries backing it.

The negotiator went on to say India and Saudi Arabia were seeking to block recognition of 1.5 degrees, including consideration of a review of the goal carried out under the UN climate negotiations.

He said island states were now proposing that the Intergovernmental Panel on Climate Change (IPCC) carry out a special report on the impacts of 1.5 degrees. But India and Saudi Arabia were again moving to block that proposal.

Mr Hunt, who met the new IPCC head Dr Hoesung Lee on Friday, said a review of the impact of 1.5 degrees by the top climate science body “would be constructive and we have also raised that with the IPCC as a potential area of study for them”.

Germany and France have also expressed support for including the 1.5 degree target in the agreement during the week.

Speaking to the media on Friday the lead negotiator for the United States, Todd Stern, said his country heard the concerns of vulnerable nations and thought them legitimate, but had not landed anywhere yet on the 1.5 degree goal.

Elsewhere negotiators were preparing to work through the night to try to pare back a draft text for the Paris agreement in time for it to be handed over to the French organisers on Saturday.

However, there was wide recognition that the text would still be unwieldy when it was delivered to the French ahead of government ministers including Australia’s Foreign Minister Julie Bishop, flying in for the second week of negotiations.

During the week tensions had emerged on the tough issues of climate funding for poor nations, after some industrialised countries pushed to try to expand the list of countries who would contribute financially to include the more advanced developing economies.

The European Union presented a compromised position on financing saying the rich nations would contribute a minimum of $US100 billion ($136 billion) a year from 2020 but if the donor base was expanded that number could rise.

The United States and Australia, which had been among the countries pushing hard in the negotiations to get language in place to expand the donor base, appeared to relent a little. It is understood Australia is watching to see how the European proposal lands.