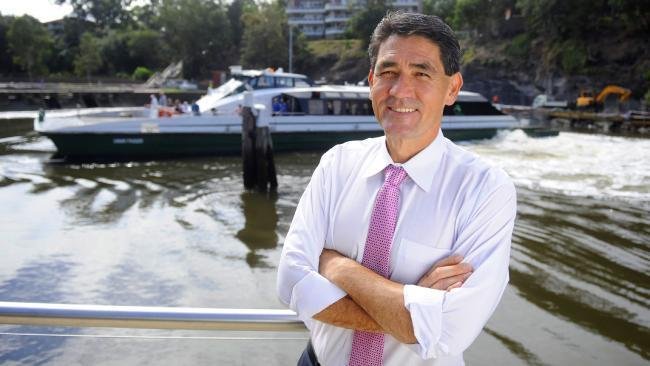 AILD was an important forum that brought together Australian and Indian leaders in government, non-government and business sectors.

Discussions centred on opportunities to increase economic ties and not surprisingly, education, an area that Geoff as a past academic has keen interest in, was discussed in detail.

Discussions highlighted further opportunities across a number of areas that included: increased cooperation in regional security; more research in agricultural sectors; the transfer of technologies in a number of industries including mining sectors.

Also discussed were the significant opportunities to facilitate the exchange of professional services from legal and financial, engineering, transport and logistics to medical services.

The Dialogue was interrupted by the shock waves in Delhi following the devastating earthquake in Hindu Kush mountain range, something more familiar to those raised and living in the region.

Following the Dialogue, Geoff held meetings in Punjab and Gujarat with local industry and government officials.

In these meetings Geoff discussed a potential role for NSW Vocational Education and Training (VET) providers in the Indian markets. VET is already seen as an important player in NSW, both in developing the domestic workforce and as a major export industry.

Geoff also had the opportunity to present a cheque to the Aga Khan Rural Support Programme in India on behalf of the Australian Government. This not for profit organisation works to empower women in tribal areas become economically self-sufficient. The money help the organisation to buy machinery used to process millet that could then be on-sold in major towns and cities.

Dr Lee, sees Australia and India as having much in common, from secular democracies, legal framework and commercial practices. He said “this provides solid foundations for our two nations to cooperate in so many areas from skill development, education to investment and trading commodities”.

There is significant potential in leveraging the strong Indian market. In Q1 2015 India had a 7 per cent growth rate with 60 to 70 per cent internal consumption driving their economy. India also has a relatively young population and 320 million people moving to cities in the next 20 years. Overall India can look forward to extraordinary growth over the next 5 to 10 years.

Geoff believes the rapidly growing Australian-Indian community; with people from Indian ancestry accounting for the second highest growth in Western Sydney’s population makes this a good time to capitalise on our converging interests.

The 2011 Census reported that Australian’s born in India have grown to 295,000 from 100,000 in 2001.  Today, the most common last name in Parramatta is Patel and in Blacktown, Singh. Harris Park has become a ‘Little India’ with its concentration of restaurants, fashion and shopping.

Overall, Geoff said it was a very productive trip. A number of valuable relationships were developed, important dialogues commenced and opportunities identified.  “Overall we are well positioned to enhance our already strong economic, strategic and cultural ties with India,” said Geoff.