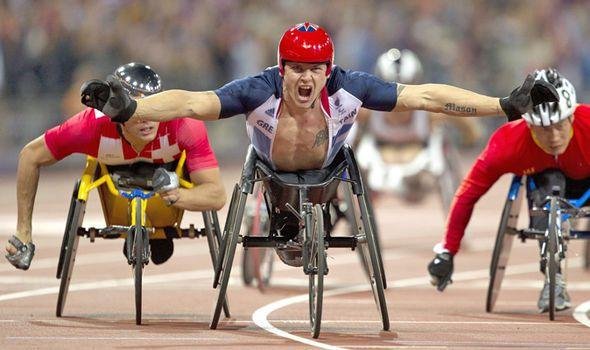 At the 2012 London Paralympics, athletes competed in venues full of spectators who cheered from the first event to the last. Lines for tickets extended out the doors.

“Everybody in the crowd was legitimately excited,” said U.S. swimmer Brad Snyder, who won two gold medals in London. “It wasn’t production. It wasn’t any magic.”

London set a new standard for Paralympic attendance and organization. Four years later, concerns over budget problems and slow ticket sales have plagued the Rio Games. The athletes who will march in Wednesday night’s opening ceremony at historic Maracana Stadium said their performances won’t be affected, and they hope the new, higher profile of the Paralympics won’t be either.

“We want progress,” Snyder said. “We want to say that we’ve taken a step forward.”

Rio Paralympics organizers have seen an uptick in ticket sales in recent days, announcing Tuesday that 1.6 million tickets have been sold. Yet concerns about budget and lags in preparation linger. On Tuesday, workers still were paving parts of the plaza around the Olympic Tennis Centre in Rio’s Olympic Park.

“I don’t want the movement to plateau or become stagnant,” said U.S. wheelchair basketball player Desiree Miller, who also competed in London. “I want it to catch fire after Rio so by the time Tokyo comes around there’s not a person in the States or a person in the world that doesn’t know who a Paralympian is.”

Organizers in London, in the country that gave birth to the Paralympics after World War II, sold a record 2.7 million tickets. Miller said that during the 2012 Games, people on the streets of London knew who she was and what sport she played.

The spotlight followed her home to Wisconsin. Customers recognize her at the sporting goods store where she works.

“They’ll use the word Paralympian,” Miller said. “Just for the public to use that word is huge — that people know the difference.”

“We see how much work we’re putting into it, but it’s nice for the rest of the world to see,” Irish cyclist Peter Ryan said.

Snyder said that if people tune in to the games and fans haven’t shown up to watch an event live, they might be more likely to change the channel.

When it was revealed in mid-August that only 300,000 tickets of the available 2.5 million for the Rio Games had been purchased, Greg Nugent, the brand, marketing and culture director for London 2012, launched an online crowdfunding campaign to raise money to send Brazilian children to the competition.

As of Tuesday, $200,000 has been donated, according to a post on the campaign site. American wheelchair racer Tatyana McFadden, Coldplay and Prince Harry have been among the donors.

“For (kids) to see, ‘They’re in wheelchairs and they can do this. Or, they don’t have a leg and they do this, then I guess I can, too,’“ said Abby Dunkin, who is on the U.S. wheelchair basketball team in Rio. “It’s more than just playing our game. It’s more about the movement and educating everyone outside.”

Canadian rower Andrew Todd said that while the Paralympics initially focused on participation, the event has shifted to have a stronger competitive spirit.

“The lay person’s perspective of Paralympics is, ‘Oh it’s great that people swim. That’s neat,’“ Snyder said. “When you actually see it, you see how intense these athletes are. When you see how much a person with no legs can bench press or squat, it really is quite impressive.

“We’ve known all along the power of the Paralympic movement, but London was the first time it got shown to the community in a really big way, not only from a production standpoint, from a spectator standpoint.”