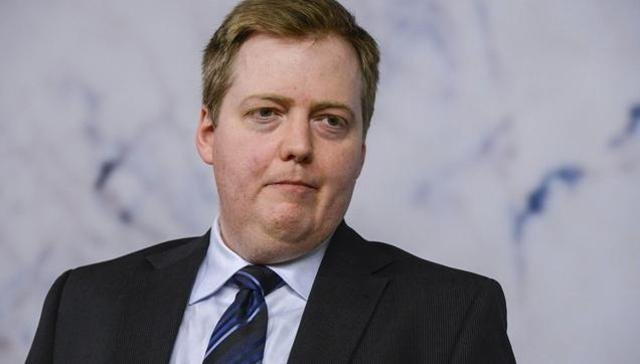 Iceland’s agriculture minister, Sigurður Ingi Jóhannsson, said he would be the next prime minister, confirming reports of Gunnlaugsson’s resignation. Gunnlaugsson will remain as leader of his Progressive Party, Jóhannsson said.

Local media said the move needed the agreement of the rightwing Independence party — Gunnlaugsson’s coalition partner — and President Ólafur Ragnar Grímsson before it was official.

Gunnlaugsson stepped down ahead of a planned vote of no-confidence, hours after asking Grimsson to dissolve parliament.

On Monday, the opposition filed a motion of no-confidence and thousands of Icelanders gathered in front of parliament, hurling eggs and bananas and demanding the departure of the leader of the centre-right coalition government, in power since 2013.

Gunnlaugsson is the first casualty of the “Panama Papers”: millions of leaked documents revealing financial arrangements of politicians and public figures from around the world from a Panama law firm that specialises in setting up offshore companies.

A protest was planned in Reykjavik later on Tuesday as public anger at the prime minister continued to escalate.

It was revealed in the leaked Panama Papers that Gunnlaugsson’s wife owned a secret offshore investment company with multimillion claims in Iceland’s failed banks.

Gunnlaugsson had earlier threatened to call fresh elections if his junior coalition partner did not support his bid to stay in office.

Benediktsson, whose name also appeared in the leaked documents in connection with a Seychelles-based company of which he once owned a third, returned from holiday in Florida on Tuesday.

In Pakistan, Sharif announced the formation of a judicial commission to investigate the allegations of owning offshore companies and concealing assets against his two sons and a daughter.

In a nationally televised address, Sharif said: “I hereby announce to form a judicial commission which will be led by a former judge of the Supreme Court.

“This commission will weigh the allegations being leveled and will give its verdict after due investigation.”

Sharif said he was compelled to respond to the politically motivated allegations against his family.

“I want the nation to decide for themselves the reality behind these allegations which are being levelled for the last 25 years.”

The premier gave details of the businesses controlled by his family that he said were established many years before Pakistan was founded.

The opposition has rejected the move. Pakistan Tehreek-e-Insaf chief Imran Khan said Sharif should reply to the charges.