Nun At 16, Mother Teresa’s Legacy To Be Honoured By Vatican 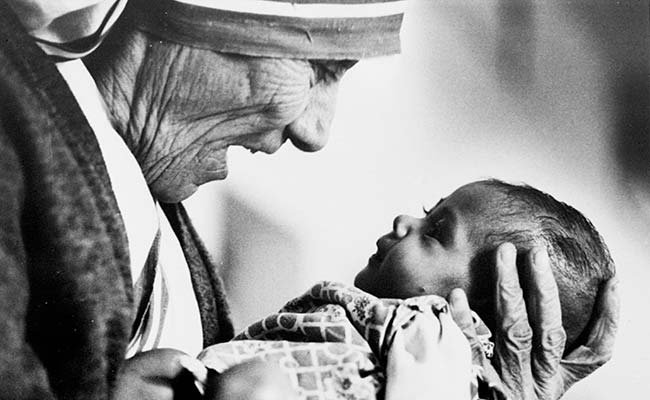 Pope Francis will make Mother Teresa, the world’s most famous nun, a saint on Sunday.

Mother Teresa was born to ethnic Albanian parents on August 26, 1910 in Skopje, now the capital of Macedonia, and named Gonxha Agnes Bojaxhiu. Deeply religious, she became a nun at the age of 16, joining the Loreto abbey in Ireland. Two years later she was given the name Sister Teresa.

In early 1929 she moved to Calcutta, now known as Kolkata, where she became a teacher and, 15 years on, headmistress at a convent school.

In 1946 she received “a call within a call” to found the Missionaries of Charity, officially established as a religious congregation in 1950. Nuns of the order began calling her Mother Teresa. The Indian government granted her citizenship in 1951.

The following year Mother Teresa opened her first home for the dying, and in 1957 her first mobile leprosy clinic. She worked for three decades in India before leaving for the first time in 1960, going to the United States to address the National Council of Catholic Women.

In 1965, Pope Paul VI granted the Decree of Praise to Mother Teresa’s religious order, bringing it directly under Vatican jurisdiction. That same year the first Missionaries of Charity house outside India was founded, in Venezuela. Others later opened in Italy, Tanzania, Australia and the United States.
In 1979 Mother Teresa was awarded the Nobel Peace Prize for her work for the world’s destitute. “I am unworthy,” she said.

Despite declining health, including arthritis, failing eyesight and heart problems, she continued to work. Pope John Paul granted her request to open a shelter for vagrants inside the walls of the Vatican. In 1988 she opened her first communities in the former Soviet Union.

In March 1997 Sister Nirmala, a converted Roman Catholic, succeeded Mother Teresa as leader of the Missionaries of Charity.

On September 5, 1997, Mother Teresa died of a heart attack at her order’s headquarters in Kolkata. An array of world dignitaries attended her funeral.

In October Archbishop Henry D’Souza successfully petitioned the Vatican to waive the usual delay of five years after death before initiating the beatification process.

In late 2002, the Vatican ruled that an Indian woman’s stomach tumour had been miraculously cured after prayers to Mother Teresa.

Pope John Paul wanted to declare her a saint immediately, bypassing the beatification process, but was dissuaded by cardinals.

In December 2015, Pope Francis opened the way for her canonisation by approving a decree recognising a second miracle attributed to her intercession with God — the healing of a Brazilian who recovered from a severe brain infection in 2008.