NSW Budget : Strongest In The Nation 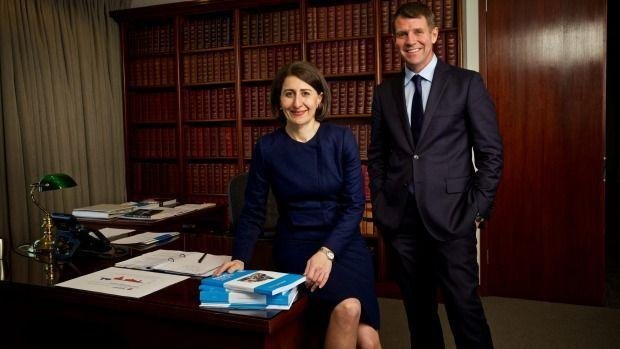 Premier Mike Baird and Treasurer Gladys Berejiklian today said the NSW Government is providing record infrastructure and services in the 2015-16 Budget, and accelerating infrastructure projects that will change this state forever.

The underlying surplus for 2015-16 is estimated at $712.6 million and in each year of the forward estimates surpluses are forecast. When our reforms to transport assets are included, the 2015-16 surplus is $2.5 billion.

Mr Baird said the hard work of the NSW Government over the last four years is now benefitting everyone across the state.

“The strong NSW economy combined with the policies of the NSW Liberals & Nationals Government means we are well placed to take this state to another level with our infrastructure projects,” Mr Baird said.

“We are now ready to deliver Rebuilding NSW, a $20 billion boost to infrastructure that will catapult NSW into the fast lane.

“We will use our strong financial position to bring forward $591 million of funding for infrastructure so we can get these major projects going as soon as possible so we can deliver new projects that will change this state forever.”

Treasurer Gladys Berejiklian said: “This is a budget that maintains our triple-A rating and delivers record spending in both services and infrastructure.

“Over Labor’s last four budgets, the State only funded an average of $6.2 billion a year on infrastructure, and we all know they had very little to show for it. They had a long list of projects that had been repeatedly announced and cancelled and nothing else.

“In this Budget the State will fund an average of $10.3 billion a year on infrastructure over the forward estimates, with state infrastructure spending in NSW over four years a record $68.6 billion, including major health, transport and schools projects.

“We are also delivering record services, whether it is in health, education, transport or family or community services, and each of these key areas has seen growth in their budgets from last year of more than 5 per cent.”

“After four years of fiscal repair and strong government we are in control of the budget, and we have the strongest economy in Australia. We are building our future.”