No, You Do Not Have to Drink 8 Glasses of Water a Day 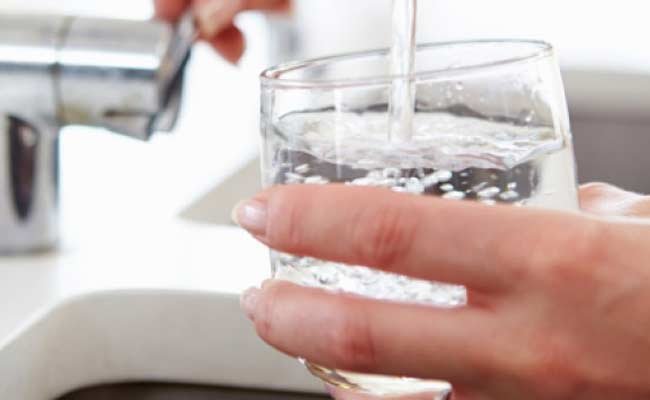 If there is one health myth that will not die, it is this: You should drink eight glasses of water a day.

It’s just not true. There is no science behind it.

And yet every summer we are inundated with news media reports warning that dehydration is dangerous and also ubiquitous.

These reports work up a fear that otherwise healthy adults and children are walking around dehydrated, even that dehydration has reached epidemic proportions.

Let’s put these claims under scrutiny.

I was a co-author of a paper back in 2007 in the BMJ on medical myths. The first myth was that people should drink at least eight 8-ounce glasses of water a day. This paper got more media attention (even in The New York Times) than pretty much any other research I’ve ever done.

It made no difference. When, two years later, we published a book on medical myths that once again debunked the idea that we need eight glasses of water a day, I thought it would persuade people to stop worrying. I was wrong again.

Many people believe that the source of this myth was a 1945 Food and Nutrition Board recommendation that said people need about 2.5 liters of water a day. But they ignored the sentence that followed closely behind. It read, “Most of this quantity is contained in prepared foods.”

Water is present in fruits and vegetables. It’s in juice; it’s in beer; it’s even in tea and coffee. Before anyone writes me to tell me that coffee is going to dehydrate you, research shows that’s not true either.

Although I recommended water as the best beverage to consume, it’s certainly not your only source of hydration. You don’t have to consume all the water you need through drinks. You also don’t need to worry so much about never feeling thirsty. The human body is finely tuned to signal you to drink long before you are actually dehydrated.

Contrary to many stories you may hear, there’s no real scientific proof that, for otherwise healthy people, drinking extra water has any health benefits. For instance, reviews have failed to find that there’s any evidence that drinking more water keeps skin hydrated and makes it look healthier or wrinkle free. It is true that some retrospective cohort studies have found increased water to be associated with better outcomes, but these are subject to the usual epidemiologic problems, such as an inability to prove causation. Moreover, they defined “high” water consumption at far fewer than eight glasses.

Prospective studies fail to find benefits in kidney function or all-cause mortality when healthy people increase their fluid intake. Randomized controlled trials fail to find benefits as well, with the exception of specific cases – for example, preventing the recurrence of some kinds of kidney stones. Real dehydration, when your body has lost a significant amount of water because of illness, excessive exercise or sweating, or an inability to drink, is a serious issue. But people with clinical dehydration almost always have symptoms of some sort.

A significant number of advertisers and news media reports are trying to convince you otherwise. The number of people who carry around water each day seems to be larger every year. Bottled water sales continue to increase.

This summer’s rash of stories was inspired by a recent study in the American Journal of Public Health.

Researchers used data from the National Health and Nutrition Examination Survey from 2009 to 2012 to examine 4,134 children ages 6 to 19. Specifically, they calculated their mean urine osmolality, which is a measure of urine concentration. The higher the value, the more concentrated the urine.

So if you define “dehydration” as a urine osmolality of 800 mOsm/kg or higher, the findings of this study are really concerning. This article did. The problem is that most clinicians don’t.

I’m a pediatrician, and I can tell you that I have rarely, if ever, used urine osmolality as the means by which I decide if a child is dehydrated. When I asked colleagues, none thought 800 mOsm/kg was the value at which they’d be concerned. And in a Web search, most sources I found thought values up to 1,200 mOsm/kg were still in the physiologically normal range and that children varied more than adults. None declared that 800 mOsm/kg was where we’d consider children to be dehydrated.

In other words, there’s very little reason to believe that children who have a spot urine measurement of 800 mOsm/kg should be worried. In fact, back in 2002, a study was published in the Journal of Pediatrics, one that was more exploratory in nature than a look for dehydration, and it found that boys in Germany had an average urine osmolality of 844 mOsm/kg. The third-to-last paragraph in the paper recounted a huge number of studies from all over the world finding average urine mOsm/kg in children ranging from 392 mOsm/kg in Kenya to 964 in Sweden.

That hasn’t stopped more recent studies from continuing to use the 800 mOsm/kg standard to declare huge numbers of children to be dehydrated. A 2012 study in the Annals of Nutrition and Metabolism used it to declare that almost two-thirds of French children weren’t getting enough water. Another in the journal Public Health Nutrition used it to declare that almost two-thirds of children in Los Angeles and New York City weren’t getting enough water. The first study was funded by Nestlé Waters; the second by Nestec, a Nestlé subsidiary.

It’s possible that there are children who need to be better hydrated. But at some point, we are at risk of calling an ordinary healthy condition a disease. When two-thirds of healthy children, year after year, are found to have a laboratory value that you are labeling “abnormal,” it may be the definition, and not their health, that is off.

None of this has slowed the tidal push for more water. It has even been part of Michelle Obama’s “Drink Up” campaign. In 2013, Sam Kass, then a White House nutritional policy adviser, declared “40 percent of Americans drink less than half of the recommended amount of water daily.”

There is no formal recommendation for a daily amount of water people need. That amount obviously differs by what people eat, where they live, how big they are and what they are doing. But as people in this country live longer than ever before, and have arguably freer access to beverages than at almost any time in human history, it’s just not true that we’re all dehydrated.