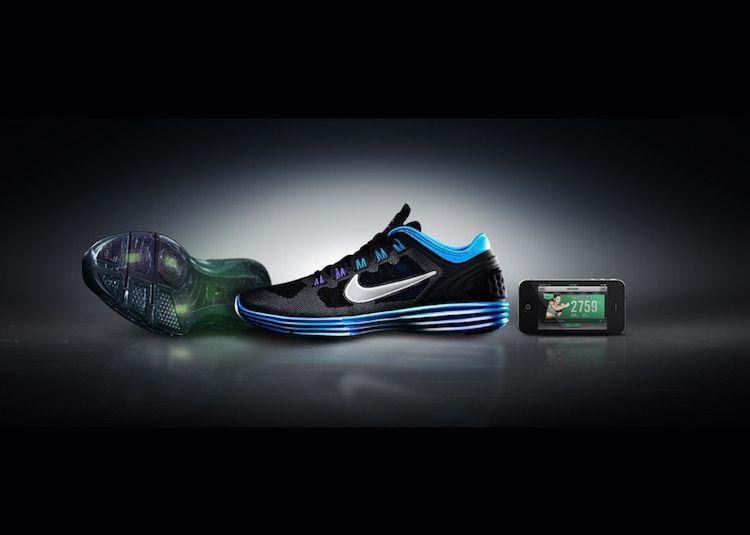 Nike was last week granted a patent for a device with the soul of a fitness tracker, but the sole of a regular old athletic sneaker. The idea, according to patent application documents, would be to transmit running data from the shoe to a mobile device in order to allow a runner to “fully critique his or her performance”.

It’s not entirely clear from the documents whether the shoe would be functionally any different from wearing a Fitbit on your ankle, but — since the patent is primarily concerned with the manner in which information is collected and displayed — the shoe could conceivably collect finer information than the speed, distance, direction, altitude and steps measured by other trackers.

As always with patents, it’s tough to tell how likely the applicant is to actually bring the product to market. This application was filed in 2013, after several similar applications in 2008 and 2009. The idea was clearly originally concocted quite some time ago (look at the “mobile devices” illustrated in the patent figures) and of course a lot has changed in fitness tracking over the past few years.

Nike is currently pouring resources into its Nike+ fitness-tracking brand, which includes an app that tracks your fitness pretty well without needing a sensor at all (besides the ones in your phone). The brand also extends to Nike’s own sports watch and other wearables including the Apple Watch.

A shoe with an integrated fitness tracker could have the potential to appeal to those who want to track their run free of any devices on the wrists or in their pockets, or to the athletic elite (assuming the shoe offered significant advantages over other solutions already on the market).

On the other hand replacing the shoes in the event of any fault with the tracking device would surely set you back more than the $70 or so needed to replace a Fitbit.