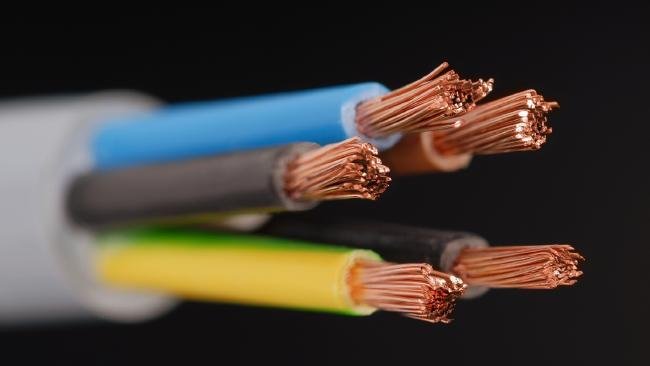 China attacks Australia’s ties with US in Global Times article

Australia’s relationship with China has been dealt another blow after a scathing article published by a tabloid newspaper.China has taken another swing at...
Read more
Twinkle Ghoshhttps://theindiantelegraph.com.au%20
Get Daily News Update

NEW technology that holds out the hope of dramatically improving Australia’s much maligned internet speeds is being trialled by the National Broadband Network.

The “groundbreaking” technology would dramatically beef up the capability of the copper network, opening the door for far superior internet performance for customers.

In partnership with Nokia the company will begin trialling “groundbreaking new broadband technology” known as XG.FAST.

Its potential application won’t be available for several years but it holds the promise of providing speeds in excess of 5Gbps, dramatically increasing the current broadband capability of copper.

A number of technologists and media commentators have lamented the NBN’s commitment to using Telstra’s ageing copper network (which will eventually need to be replaced) to help build much of the giant infrastructure project, but the company is keen to prove there is plenty of life left in the technology.

In a blog post Wednesday, NBN Co.’s chief technology officer said the taxpayer funded company will become only the third operator in the world to trial XG.FAST.

“Australia may be a long way geographically from the world’s leading broadband markets in North America, Europe and Asia, but at NBN we pride ourselves in staying on the cutting edge of the latest technologies,” Dennis Steiger wrote.

“We may be separated by great distance, but we don’t have to fall behind technology trends.”

SO WHAT IS XG. FAST?

Simply put XG.FAST is the next version of a Nokia-owned technology known as G.Fast which is a way to achieve much greater speeds across the end of a digital subscriber line (DSL).

G.Fast is seen by some as the answer to the copper versus fibre debate because it allows copper to be given fibre-like abilities, and is rolled out over the final 30 to 100m of copper.

G.Fast was trialled in the field by NBN Co. in October last year in an office block in Melbourne, achieving speeds of 600Mbps on a 100 metre stretch of 20-year-old copper.

Like G.Fast, the next generation version could be deployed across the network where copper is utilised including fibre-the-the node (FTTN) connections, fibre-to-the-basement (FTTB) and fibre-to-the-distribution-point (FttDP).

It would be implemented in the final stage of the network before the end connection to the home or business, commonly referred to as “the last mile”.

The shorter the copper loop into the home, the greater the potential upgrade in speeds.

“XG.FAST could offer us a much faster and cost effective way to deliver multi-gigabit speeds to premises on our network in the future, aside from trying to connect them all to Fibre-to-the-Premises (FTTP) technology,” Steiger wrote.

However to eventually deploy the new technology NBN Co. would need to drive fibre deeper into its network and largely move to a FttDp architecture, he admitted.

Chief executive Bill Morrow has always maintained the building of the NBN has been about getting the network to Australians as quickly as possible while ensuring a clear path to upgrade its potential.

During a site trip outside of Brisbane in March, Mr Morrow told news.com.au that with the emergence of new “techniques that are further advanced, that further reduce the cost … then we’ll push the fibre down the street to give people what they need, when they need it.”

The trial of XG.FAST technology is about ensuring he is able to make good on that promise.

“It is about making sure we provide a minimum performance level today with an upgrade path. This is vitally important,” he told ZDNet this week.

The company has recently trialled FttDP technology (small boxes buried on street corners that allow fibre to be run closer to premises) with the aim of using G.Fast technology to provide a pathway towards greater speeds.

Mr Morrow says the latest testing is about keeping an eye on the possible next step after that.

“We think about G.Fast as the technology that will go over the top of (FttDP) to give us some pretty fast speeds, and most recently we’ve been testing XG.FAST that actually takes that out to a whole new level of multiple gigabits per second capability,” he said.

Currently the XG.FAST technology has been trialled in the lab by British telco BT which achieved speeds of 5.8Gbps over 35m of copper while German telco Deutsche Telekom was able to reach speeds of 8Gbps over 50 metres of copper in its lab trials.

The National Party is hoping to cash-in on voters disillusioned with Labor’s infighting over the coal and climate change.The Nationals have set their...
Read more
Australia

Sydney’s Josh Green is headed to the NBA to link with the Dallas Mavericks, and Boomers coach Brian Goorjian is keeping a close...
Read more
Australia

Coronavirus has hit the nation’s economy hard with more than one million Aussies looking for work, but experts say there are still jobs...
Read more
Australia

A takeover offer for iconic Australian theme park operator Village Roadshow has improved, but it’s not as good as what was on the...
Read more
Australia

A third person has been charged over the death of a NZ firefighter pilot whose body was found on the side of a...
Read more

The National Party is hoping to cash-in on voters disillusioned with Labor’s infighting over the coal and climate change.The Nationals have set their...
Read more
Australia

Sydney’s Josh Green is headed to the NBA to link with the Dallas Mavericks, and Boomers coach Brian Goorjian is keeping a close...
Read more