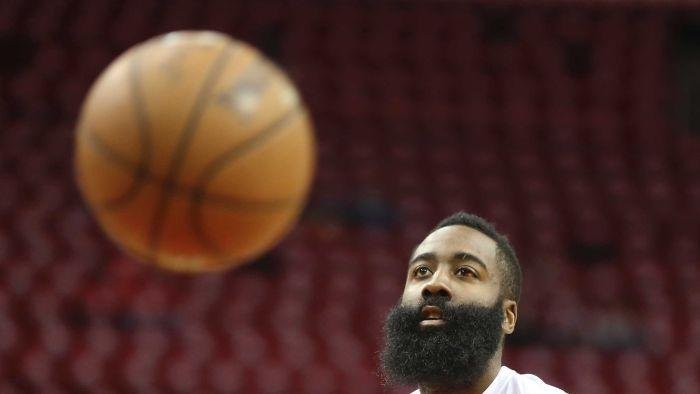 The NBA season has been disrupted at the first hurdle with Houston’s season opener against the Oklahoma City Thunder postponed because of COVID-19.

The Rockets were left without the league-mandated eight-minimum players after a number of coronavirus cases and James Harden’s violation of the NBA’s COVID-19 protocols.

The NBA announced the postponement in a release that said three Rockets players had returned tests that were either positive or inconclusive, and that four other players were quarantined because of contract tracing.

The release also said Harden was unavailable for the game because of an unrelated violation of health and safety protocols.

The breach is related to a video that emerged on social media of the disgruntled star appearing without a mask at a crowded party on Tuesday night.

Harden addressed the issue on Instagram, saying the event was not a strip club and he was simply supporting a friend’s business.

“I went to show love to my homegirl at her event (not a strip club) because she is becoming a boss and putting her people in position of success and now it’s a problem,” he wrote on his Instagram story.

“Every day it’s something different. No matter how many times people try to drag my name under, you can’t.”

Rumours have swirled for months that Harden wants to be traded, but the superstar has refused to address the situation.

A ninth player was unavailable for the game because of an injury, leaving the Rockets without enough players to play.

Houston’s injury report released on Wednesday morning stated that Ben McLemore and rookie KJ Martin were not with the team and were self isolating and DeMarcus Cousins was questionable because of a sprained right ankle.

The NBA only released the schedule for the first half of the season in order to account for possible postponements due to coronavirus.

Last season’s fixtures were completed in a bio-secure bubble at Disney World in Florida, where 22 of the league’s 30 teams played out the remaining relevant fixtures of the season.