NASA Says Earth May Have A New Not-Quite ‘Moon’ 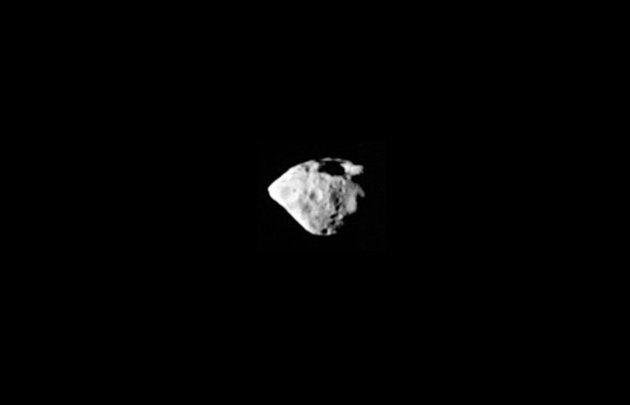 Anyone who has trouble making new friends should ask Earth how it’s done. That’s right: Our home world appears to be in the early stage of what could be a very long relationship with a “quasi-satellite,” according to NASA.

The small asteroid that’s orbiting the sun, and which also appears to circle Earth, is called 2016 HO3 — which sounds more like the name of a “Star Wars” droid — and was discovered in April by the Pan-STARRS 1 asteroid survey telescope in Hawaii. NASA only recently announced the discovery.

Scientists say our newish neighbor will keep a distance of at least 9 million miles from Earth and doesn’t pose any threat to us.

“Since 2016 HO3 loops around our planet, but never ventures very far away as we both go around the sun, we refer to it as a quasi-satellite of Earth,” said Paul Chodas, manager of the Center for Near-Earth Object Studies at NASA’s Jet Propulsion Laboratory in Pasadena, California.

“Our calculations indicate 2016 HO3 has been a stable quasi-satellite of Earth for almost a century, and it will continue to follow this pattern as Earth’s companion for centuries to come,” Chodas said.

The actual size of 2016 HO3 hasn’t yet been determined, but the Jet Propulsion Laboratory says it’s “likely larger than 120 feet and smaller than 300 feet” in diameter.

Calculations of the asteroid’s orbit indicate that it experiences a slow twist over decades.

“The asteroid’s loops around Earth drift a little ahead or behind from year to year, but when they drift too far forward or backward, Earth’s gravity is just strong enough to reverse the drift and hold onto the asteroid so that it never wanders farther away than about 100 times the distance of the moon,” Chodas explained.

“The same effect also prevents the asteroid from approaching much closer than about 38 times the distance of the moon. In effect, this small asteroid is caught in a little dance with Earth,” he said.