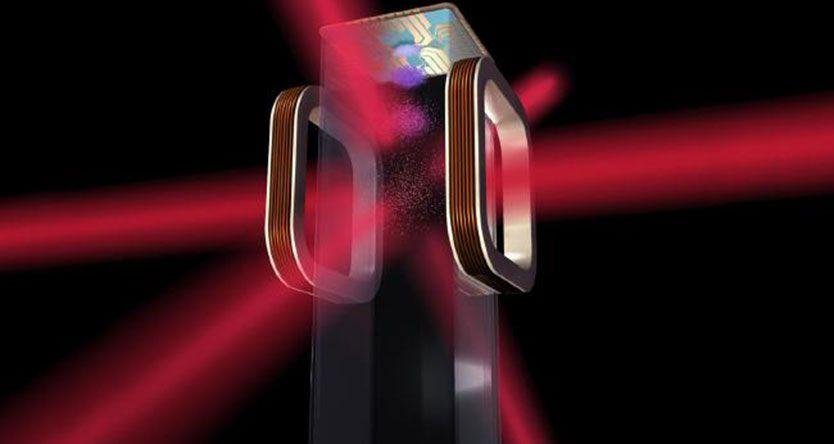 NASA wants to create the coolest spot in the universe to better understand matter and the fundamental nature of gravity.

While understanding atoms behave in surprising ways at super-low temperatures, NASA has never before created or observed this behaviour in space.

As such, the space agency will be sending an ice chest-sized box to the International Space Station, where Nobel prize winner Eric Cornell and other scientists will conduct experiments.

The technology, known as the Cold Atom Laboratory (CAL), works by using lasers, a vacuum chamber and an electromagnetic “knife” to freeze gas atoms to a mere billionth of a degree above absolute zero — more than 100 million times colder than the depths of space.

By creating these extremely low temperatures, NASA is able to develop what is known as Bose-Einstein condensate — a state in which atoms move in with one another in wave form, opposed to individual particles.

While these mysterious waveforms are only observable for fractions of a second on Earth because the pull of gravity causes atoms to continually settle towards the ground, creating Bose-Einstein condensates in space means ultra-cold atoms can hold their wavelike forms longer.

Project scientist Robert Thompson predicts the Bose-Einstein condensates could be observable for up to five to 10 seconds with the help of the CAL, with the possibility to make them last hundreds of seconds down the track. “Studying these hyper-cold atoms could reshape our understanding of matter and the fundamental nature of gravity,” he said in a statement.

“The experiments we’ll do with the Cold Atom Lab will give us insight into gravity and dark energy — some of the most pervasive forces in the universe.”

Cold Atom Lab project manager Anita Sengupta added that if scientists can understand the physics, they can “possibly learn to use those for more efficient transfer of energy”.

The results of these experiments could also result in a number of improved technologies, including sensors, quantum computers and atomic clocks used in spacecraft navigation.

He added that current models of cosmology divide the universe into 27 per cent dark matter, 68 per cent dark energy and 5 per cent ordinary matter.

“This means that even with all of our current technologies, we are still blind to 95 per cent of the universe,” he said.

“Like a new lens in Galileo’s first telescope, the ultra-sensitive cold atoms in the Cold Atom Lab have the potential to unlock many mysteries beyond the frontiers of known physics.”