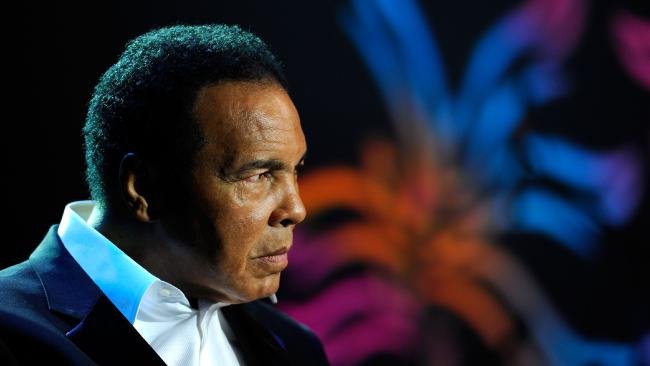 MUHAMMAD ALI is taking on his biggest fight yet after being placed on a life-support machine.

The Sun reports that four of the 74-year-old’s nine children have rushed to his bedside, with medics apparently telling them they fear he “is near the end.”

The boxing legend was rushed to a hospital in Scottsdale, Arizona on Thursday after he suffered breathing problems, complicated by the Parkinson’s disease which he was diagnosed with in the 1980s.

According to a report from RadarOnline, the former boxing world champ’s vital organs are “terrible” and he is currently relying on medical help to continue breathing.

There were allegedly discussions over transporting Ali to another hospital in Phoenix.

But doctors called off the move after deciding that it “potentially could be deadly.”

The insider said: “Doctors are telling the family that it likely won’t be long until he passes away.
“He needs every bit of fight he’s got left to survive.”
Yesterday a statement from his family spokesman revealed ‘The Greatest’ was expected to stay in care for a “brief” time.

Bob Gunnell said: “Ali, who suffers from Parkinson’s disease, is being treated by his team of doctors and is in fair condition.
“A brief hospital stay is expected. At this time, the Muhammad Ali family respectfully requests privacy.”

Ali was last seen in public in April at a Celebrity Fight Night charity event in Phoenix, Arizona, US.

He has been hospitalised several times in recent years and was too ill to visit London earlier this year after the opening of his ‘I am the Greatest’ exhibition at the O2.

The three-time heavyweight champ was taken to hospital in January last year after he was found in an “unresponsive state” by guests at his home.

He has looked increasingly weak in public appearances and wore sunglasses on April 9 and appeared uncomfortable at the annual Celebrity Fight Night dinner in Phoenix, which raises funds for treatment of Parkinson’s.

His previous formal public appearance before that was in October when he appeared at the ‘Sports Illustrated Tribute to Muhammad Ali’ at The Muhammad Ali Center in his hometown of Louisville, Kentucky, along with former opponents George Foreman and Larry Holmes.

Ali has suffered from Parkinson’s for three decades, famously trembling while lighting the Olympic torch in 1996 in Atlanta.

Doctors have frequently said the Parkinson’s likely was caused by the thousands of punches Ali took during a career in which he travelled the world for big fights.

Ali has been living quietly with his fourth wife, Lonnie, who he married in 1986.