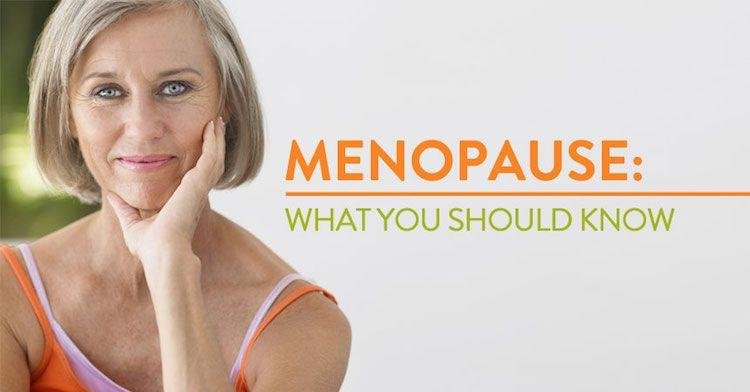 Menopause is the phase of final menstrual period which every woman experiences. It occurs when the ovaries reduce producing the two important female sex hormones – Estrogen and Progesterone. It is this change in hormone levels that reveals many of the symptoms of menopause.

The average age for a woman to reach menopause is 52. But it may begin as early as 45 years and last until as late as 55 years and that is considered normal.  Menopause can occur anytime during that age when periods may stop unexpectedly due to primary ovarian insufficiency. It can also be induced through a surgery of the uterus called the hysterectomy.  Women who have had both ovaries removed due to many reasons will go through menopause earlier.

When menopause happens earlier than the expected age, doctors term it as premature or early menopause. Some medical conditions, related genetics and auto-immune diseases can cause the menopause to happen much earlier. If this happens in the early 20’s it is due to premature ovarian failure – also known as POF.

When a woman hasn’t had a period for 12 months, she is considered to have been through menopause as long as her age is above 48 years or so.

Pregnancy is still possible during menopause. There are many women who have conceived during menopause. So if you are going through menopause and don’t want to become pregnant, keep using contraception even after your last period – one year should be enough if you’re over 50, but two years is recommended if you’re under 50.

Peri menopause is the stage before natural menopause and is often the time when women begin to experience the symptoms of menopause such as hot flushes, vaginal changes and mood swings. The symptoms of menopause vary with individuals but the most common symptoms are irregular and missing periods, hot flushes, weight gain, loss of hair, loss of sexual drive, vaginal dryness, night sweats, mood swings and sometimes short term memory. Other symptoms include feeling you are not able to cope as well as you used to, bloating, crawling or itchy skin, headaches/migraines and urinary problems.

All women in the age of sexual indulgence should have Pap Smear done every two years until the age of 70. Pap Smear is done to rule out the possibility of the Human Papilloma viral infection in the cervix.

A healthy diet and lifestyle along with regular exercise, lowers the risk for many health problems associated with ageing and gives you more energy, apart from improving the quality of life. Healthy lifestyles like getting up early, walking for 20 minutes, yoga etc., may reduce menopausal symptoms including hot flushes and sleep disturbance.

There are a number of ways of managing these symptoms. These are what we call the Hormone Replacement Therapy (HRT). Women who have normal uterus, should take the Estrogen + Progesterone medications until the symptoms of menopause reduce because it protects against endometrial cancer. Women, who have had a hysterectomy, need not take Progestogen, but it is dependent on other factors such as the patients’ severity of symptoms, age and other associated illness. HRT is a less commonly prescribed medication by GPs. Sometimes, anti-depressants, when prescribed, may help some women.

You can add ‘VitE’ Vitamin Supplements, Chinese Herb ‘Ginseng’, Green teas ‘St Johns Wort’ and ‘Premencil’.  Other natural foods containing turmeric, ginger, black pepper, cardamom, clove, tofu, cumin and fennel will also help the symptoms of menopause. So there is no medication that we can say is the best option for menopause. And, according to Ayurveda, healthy living is also a good way to ease symptoms of the menopause transition itself.

How healthy you are and how disciplined your lifestyle is when you reach the menopausal age, largely determines how smooth your transition will be.