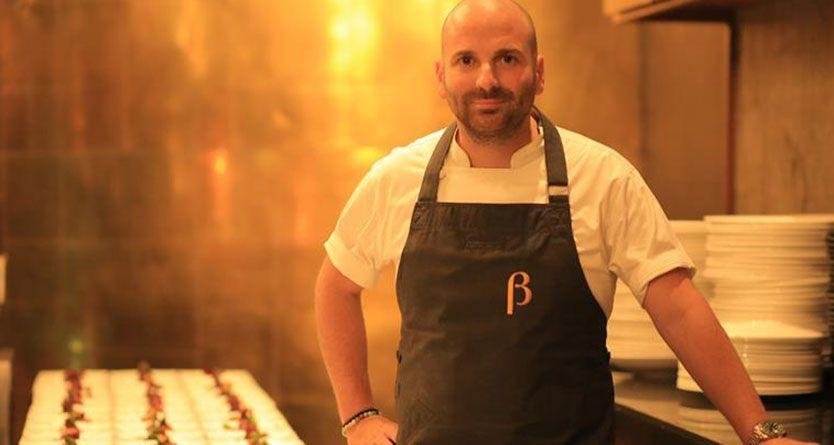 Australia’s top chef George Calombaris was recently in India cooking up a storm, but what happens when he’s put in a spot? The Masterchef Australia judge spills the beans on his many culinary loves and loathes.

Sprinkling magic in his recipes, Australia’s top chef George Calombaris loves to break the mould by offering something new on the platter. Owner of seven restaurants in his home city Melbourne and co-judge of the incredibly popular MasterChef Australia, Calombaris was recently in India after having designed a seven-course meal for a bespoke dinner at the CEO Series 2017. With a promise to take the guests to the blessed land of the sun, the seas and the olive trees, the gastronomical journey was showcased in New Delhi and Mumbai on September 16 and 17, respectively.

A lavish menu – which included a plethora of dishes like beetroot Greek salad with papadum praline, delicious potato skordalia followed by slow-cooked egg with smoked yogurt, almond butter naan and garlic roti – really impressed the guests. NOT a surprise! The fifth course comprised curry butter poached carrot, apple, malt tarama, horta with wild rice. The next course was “gr-indian street food” of soft-shell crab naan souvlaki, which was to be eaten with hands – no cutlery allowed. The menu truly was an exciting amalgamation of Greek and Indian cuisines and highlighted the fact that simple veggies can be turned into gourmet cuisine. The chef also expressed his delight after meeting India’s “master blaster” Sachin Tendulkar, and shared a picture with the cricketer after the dinner.

Doling out his treasured delights in the culinary world, Calombaris shed light on what he loves about India and its food in an exclusive chat with indianexpress.com. Strolling in the alleys of the Capital, he said he’d stopped at one of the Chhola Kulcha stalls to ask his teammates, “Do you think it’s safe?” and was wondering if he could try it out. “I was at a stall, eating jalebi. Oh my god, it was so delicious… I think I got diabetes. There are so many desserts in India that are just amazing,” he said excitedly.

“India is a beautiful country, and there’s so much care deep inside… that’s why I think there’s a lot of similarity between the cultures,” he said when asked about his take on India, adding, “‘Eat more,’ that’s what people say to each other, and it’s the same thing back at home: ‘Just one more, you didn’t have anything today!’ I think the taste in India has also evolved over 10 years that I’ve been here. The modern kitchen is not Frankenstein. Ten years ago, I used to think that these dishes don’t make sense, but now, the chef served me something here, and I simply loved it. It all goes down to respecting the past, but forging forward in the future. That’s important. There’s no point in making a modern salad, if it doesn’t taste better than the old one.”

The 38-year-old, who draws inspiration from his Greek, Cypriot and Italian heritage, put all his cards on the table in a quick rapid fire round. Excerpts:

Favourite cuisine?
Everything around the world!

Least favourite ingredient?
Margarine, no no, I’d never name it, it’s so bad.

If you weren’t a chef you’d be?
David Beckham

Delving into his thoughts about the cuisines around the world, he said that there is a common thread that connects all of them, and it is deliciousness! “To me, what’s important is the experience of food. How it makes you feel happy, warm and fuzzy, and at the end of the day, leaves you with a lasting memory,” he delightedly added.