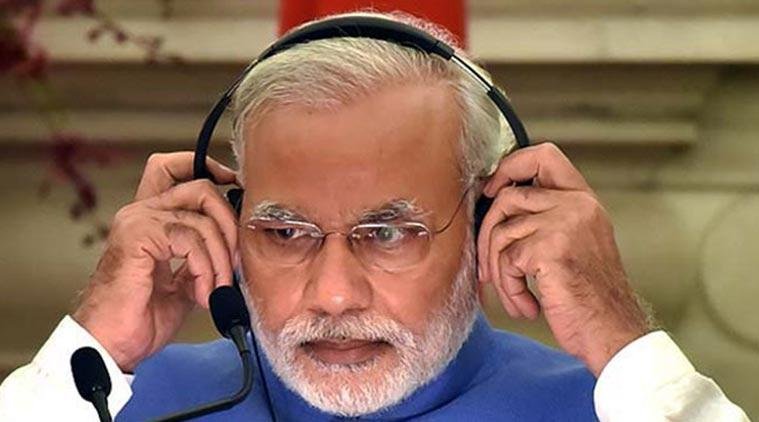 PM Narendra Modi started his Mann Ki Baat address on Sunday by talking about encouraging the Indian contingent for Rio Olympics by organising programs like the ‘Run for Rio’ campaign that took place in New Delhi this morning. PM Modi also said that he was ready to be the nation’s ‘postman’ in order to deliver the country’s best wishes to the athletes through his Narendra Modi app.

This is the 22nd edition of Mann Ki Baat and as every month its being aired on All India Radio and Doordarshan. Apart from extending his best wishes to our athletes, the prime minister also spoke about embracing science and technology. Invoking former president Dr APJ Abdul Kalam, Modi said that the “future is going to be technology driven” and we needed to embrace it.

Speaking on India’s maternal deaths, Prime Minister Modi said there were still many problems plaguing India. He said that the government had initiated a programme to help pregnant women. The Pradhan Mantri Surakshit Matritva Abhiyan would ensure expecting mothers got free check-ups at government health centres on the 9th of every month.

PM Modi said that Independence Day should be celebrated ceremoniously. He also said that the entire country should be lit up like Diwali. Furthermore, the prime minister announced that he would be speaking from the Red Fort on August 15 and asked for inputs from people across the country on the issues he would address.

Here are some of the highlights from this month’s Mann Ki Baat address:

*Prime Minister Narendra Modi said that they would start many events to encourage the Indian contingent for Rio Olympics.

*PM Modi spoke about innovation saying we needed to “AIM to innovate” wherein the AIM stood for Niti Aayog led Atal Innovation Mission which could promote a culture of innovation.

*PM shared his ‘mann ki baat’ on antibiotics stating that people should take them only for the period of time as prescribed by the doctor.

*Addressing India’s maternal deaths, the prime minister said the government had started Pradhan Mantri Surakshit Matritva Abhiyan which would would allow pregnant women to go for free check-ups at government health centres on the 9th of every month.

*Warning people of digital fraud, Prime Minister Modi said people should be wary of calls and messages that ask for investments which would lead to huge profits .

*Speaking on Independence Day celebrations, the prime minister said he would address the country and invited suggestions through the MyGov forum or Narendra Modi mobile app.

*Along with congratulating people for the beautification of Aligarh railway station, PM Modi also made a call for “development.”

*The prime minister also mentioned that the centre was working closely with the state governments to help people affected by floods.

*Prime Minister Modi also said that his visit to South Africa was like a “teerth yatra” as he had the opportunity to meet people who struggled for equality.