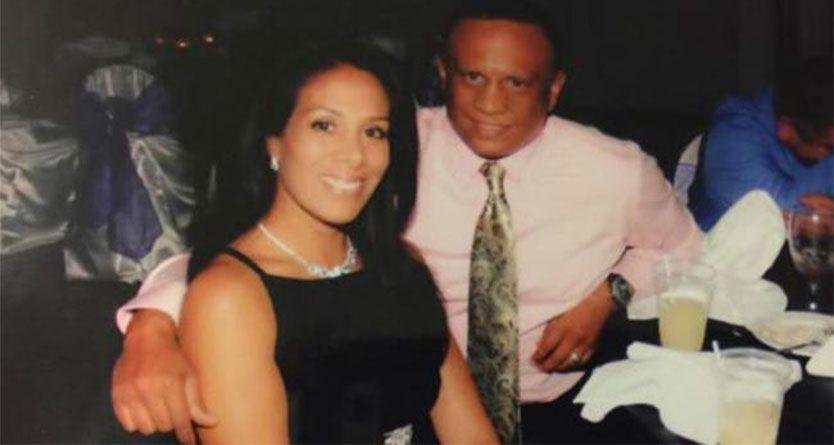 THIS man’s wife hired a hit man to kill him. When he found out, he teamed up with police and devised a plan to trap her.

A BOXING coach faked his own execution with the help of cops after learning his wife had hired a hitman to kill him.

Former gym owner Ramon said: “Unwittingly, she had approached a guy called Gustavo to see if he could organise the hit, without realising we were friends.

“I knew him, because I’d coached him. He’d been in trouble in the past. At first, when he called and said he needed to see me because someone ‘wanted to kill me’ I thought he was joking.

“Then we devised a plan, for him to wear a wire and tape her offering money to have me killed, before turning the evidence over to the cops.”

Far from joking, Lulu, 43, was deadly serious — wanting her husband dead so she could get hands on his cash.

“Gustavo told me she was clearly serious and had held her fingers to her head, in a gun-firing gesture,” revealed Ramon.

But her plans were thwarted, after Gustavo hid a microphone inside his clothing and taped their next meeting, before handing the incriminating evidence into Houston cops.

Lulu’s plans to employ a hired killer came as a massive shock to Ramon who, after meeting her in Texan salsa club Mi Luna in 2007, had been intoxicated by her beauty.

The divorced father, with three children, Mitchell, 26, Mia, 22, and Cris, 24, soon wooed her — before marrying her in April 2010 — convinced he had bagged the woman of his dreams.

Until their wedding, the only difficulty had been that, as a Mexican, every few months, Lulu had been forced to return home to renew her visa.

But, marrying Ramon — originally from Puerto Rico, but now an American citizen — entitled her to a Green Card, meaning she could stay permanently in the US.

Life ran smoothly until early 2015, when financial worries, as the gym struggled, put strains on their relationship.

It was in mid-2015, that Ramon received the chilling call from Gustavo and their bid to prove Lulu’s murderous intentions began.

He continued: “After recording his meeting with her, where Gustavo pretended to know two hitmen, we took the tape to the police, who were shocked — but came up with a great plan. They asked me to pretend to be dead, so we could show the pictures to Lulu.”

With the support of the FBI, Texas Rangers painted bloody makeup on Ramon, so it looked as though he had been shot through the temple.

Then they drove him to the Texan desert and buried him in a shallow grave, which they had already dug.

“Lying in the dirt, pretending to be dead, was terrifying,” Ramon recalled. “When I first met Lulu, I certainly didn’t expect our relationship to end like that.”

Taking photographs of the morbid scene — which have now been released — they then made sure Ramon stayed in a hotel for three days and showed the pictures to Lulu.

“A ‘hitman’ who was actually an undercover police officer, met Lulu in a parking lot and showed her the pictures,” said Ramon. “She apparently laughed.”

But, the last laugh was on him, when Lulu pleaded guilty to solicitation of murder at the District Court in Conroe, Texas, and was jailed for 20 years in October 2016.