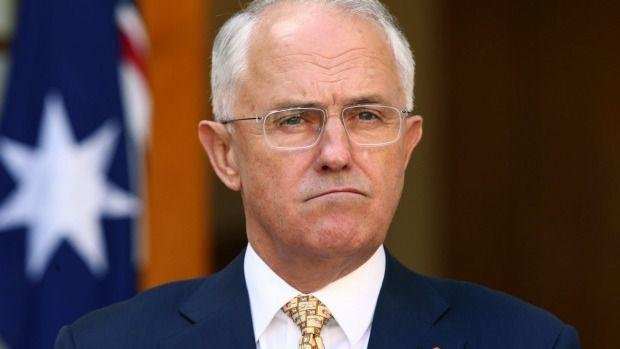 The Prime Minister has hailed the passage of electoral voting reforms on Friday as “a great day for democracy” – clearing another major obstacle to a possible July 2 federal election.

The odds to an early poll shortened dramatically with the passage of the Senate changes, although the process is complex and far from assured as Malcolm Turnbull considers the party’s latest polling.

The Coalition, with the support of the Greens and independent senator Nick Xenophon, pushed through the bill against Labor and crossbench opposition shortly after 1.30pm by 36 votes to 23.

The marathon 40-hour debate contained much abuse and name-calling, with one continuous 28-hour sitting.

Shortly after the Senate vote, the bill passed the House of Representatives by 81 votes to 31, with some Labor members, including Opposition Leader Bill Shorten, not present for the final count.

Mr Turnbull said there was nothing more important than proper parliamentary representation that reflected “as far as possible the will of the Australian people”.

“For too long, the Senate voting system has been disturbed by backroom deals, by preference whisperers, by the manipulation of micro parties – such that the will of the Australian people has been frustrated,” he told Parliament.

But Labor’s Tony Burke mocked the Prime Minister’s claims, saying his greatest policy achievement so far had been the “rorting of the Senate vote”.

The debate was one of the longest considerations of a single bill in the past 26 years.

The Senate sat all through the night to approve the laws, which will allow voters to allocate their own preferences above the line on the Senate ballot paper.

If they choose to vote below the line they won’t have to number every box.

As well, group voting tickets have been abolished, a measure introduced to address the rise of micro-parties and preference whisperers that have seen senators elected with as little as 0.5 per cent of the primary vote.

The government already has two triggers for an election of the full Senate and lower house, but could get a fresh trigger if the upper house rejects a bill to reinstate the Australian Building and Construction Commission.

A number of scenarios have been plotted for a possible July election, which include bringing forward the May 10 budget to May 3 to allow time for the government supply bills to be passed prior to an election being requested on May 11.

If a double dissolution  were confirmed, all senators would be up for election – rather than half the upper house.

With the new voting rules in place, it would be virtually impossible for so-called micro-party senators, including Ricky Muir from the Motoring Enthusiasts, and Family First’s Bob Day, to retain their places.

A senior Liberal Party figure told Fairfax Media that Mr Turnbull had “effectively given himself a put option” with the passing of the Senate reforms, which take effect from July 1.

A put option is an investment device used by share traders to hedge their position in a deal, and can help to limit losses.

“Malcolm is a good businessman, and when he was in business he always liked to deal with a put option in place,” said the source. “Politically, he has effectively given himself a put option as this has allowed him to hedge his bets. It doesn’t mean he will go to a double dissolution immediately, but the option is now there for him.”

Key Liberal Party pollster Crosby Textor has advised the government to avoid calling an election unless that trend is heading up.

“The advice from Tex [Mark Textor] is to not go early,” Fairfax Media was told. “Malcolm may choose to ignore that advice, but I doubt very much if that will happen before the federal budget.”

Crosby Textor will conduct polling in key Brisbane seats on budget night. If that polling shows the federal budget has been well received by voters, it could provide the impetus for Mr Turnbull to call an election.

Crosby Textor has been commissioned to conduct wider national polling for the Liberal Party in the wake of the federal budget.