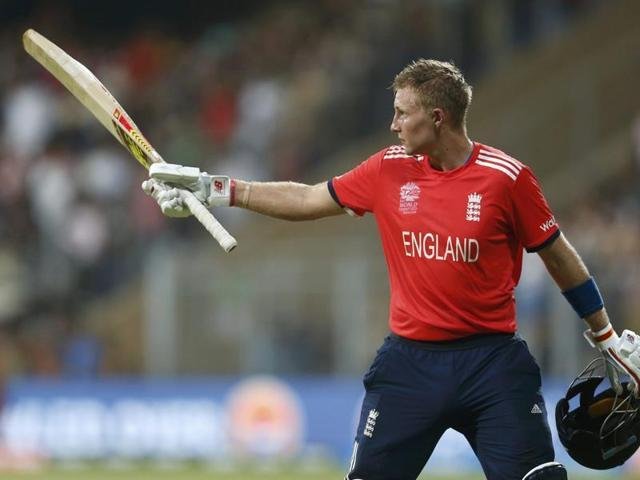 There was a faint ‘ABD’ chant as AB De Villiers walked onto the field to bat. The decibels had increased. There was a more incoherent cheer that somehow muddled the chant. But, the noise grew exponentially as he got closer to the wicket.

Runs were what the fans came to watch. A fairly packed Wankhede stadium greeted the teams of South Africa and England. In the past one year, they have become far too accustomed to a big innings by De Villiers. The last two innings he has played in Mumbai have resulted in two blistering hundreds.

De Villiers did not quite deliver on that front on Friday, but the others in attendance were not left disappointed as a run-fest and thrilling chase were to follow.

Both teams made the most of the placid track on offer clobbering their way to a run-fest. South Africa made 229 for four in their 20 overs. England though, gave back in equal measure, with Joe Root (83) leading an epic chase that helped England to a thrilling two-wicket win in the final over.

The game saw two of the most blistering opening stands. To start up, Hashim Amla and Quinton de Kock brought the hammer down with a brilliant start. The opening duo took South Africa to a quick-fire 50 in just 3.5 overs. England though countered it with one of their own as Jason Roy (43) and Alex Hales (17) took them off to a flier.

The first over the openers faced saw 21 runs being leaked as young Kagiso Rabada faced the English ire. The more experienced Dale Steyn coming next up faced a similar fate, getting clobbered for 23.

Root proved to be South Africa’s biggest hurdle. The Englishman was in charge of proceedings. He batted well with the middle-order and the lower to take them past the 200-run mark. His exit in the 19th over did cause some anxiety as the match went into the final over with one run needed.

Two wickets in the first two balls of the final over did raise hopes a South African rearguard, but that was not to be the case as Moeen Ali took England past the line with two balls to spare.

Earlier, Amla and De Kock had taken South Africa off to a huge start that laid the foundation for 200-plus target. The openers added 96 before De Kock perished on 52.

Amla though soldiered on. He would be one of three half-centurions in the South African batting line-up, scoring 56.

De Villiers contributed with two successive sixes before being holed out trying to smash a third. South Africa’s lower-middle order of JP Duminy (58) and David Miller (28) took them past the 200-run mark with some lusty shots of their own.

In the end, though, the total did not hold up as an inspired England effected the second highest run chase in T20 history and the highest at the format’s World Cup.