Malcolm Turnbull, Bill Shorten to face off in Sunday debate 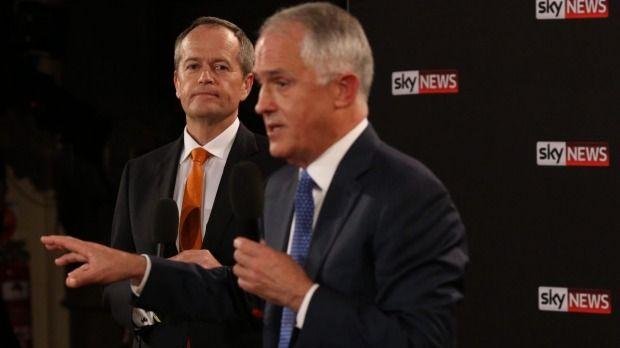 Malcolm Turnbull and Bill Shorten will face off in their first formal debate of the election campaign in prime time on Sunday night.
The two leaders are expected to take questions from a panel of three journalists and moderator, Chris Uhlmann, the ABC’s political editor.
With no movement in the polls in the first two weeks of campaigning, the debate will assume even greater importance as an opportunity for both leaders to generate momentum.
The hour-long debate is expected to be broadcast live at 7.30pm on the ABC and made available to commercial networks.
An announcement of the debate is expected on Wednesday, following negotiations between the two campaigns.
There is no agreement on further debates before the July 2 election.
Mr Turnbull and Mr Shorten appeared in a town hall-style “people’s forum” hosted by the pay TV channel, Sky News, at the end of the first week of the campaign.
The Friday night event, attended by 100 uncommitted voters, was moderated by Sky’s David Speers and attracted a modest viewing audience.
Mr Shorten was declared the winner, with 42 voters saying they were more likely to vote for him on July 2, 29 saying they were more likely to vote for Malcolm Turnbull and 29 undecided.