More loved in India than in Pakistan: Afridi 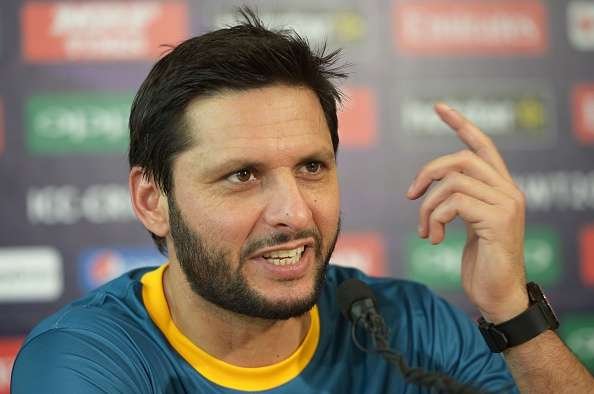 KOLKATA: The eternal tug-of-war that always accompanies a Pakistan cricket team’s arrival in India may have led to Shahid Afridi and Co landing for the World T20 three days behind schedule, but their senior pros were far from complaining. Instead Afridi and Shoaib Malik did well to quickly win hearts by deflecting the focus from the sticky political issues during Pakistan’s first media interaction here on Sunday.

“Let me say that we are more loved here than in Pakistan. Crick et brings the two countries closer, so there’s nothing like playing cricket with India.” Skipper Afridi led from the front, when he typically spoke his mind.

“We are not politicians,” he said, when asked if the team disagreed with the Pakistan government’s grave concern about security of the players in India, “We are cricketers and will go by the decision of the state,” Afridi said. “But as cricketers, we love playing in India because of the love we get here.”

Malik, a former captain who in fact led Pakistan in a Test match at Eden Gardens eight years ago, offered his bit as well. “My wife (Sania Mirza) is from India and I visit the country a lot. I’ve got a lot of love in India… It’s an honour to be in India,” he said.

Malik said the security provided to the team was very good. “I have never faced any security issue in India,” he emphasised, but quickly donned a more diplomatic role when he said he saw no difference between Pakistanis and Indians. “We eat the same food, speak the same language… I don’t really see any difference.”

On the last leg of a chequered career, Afridi couldn’t stop gushing on his memorable India experience. “I am in the last stage of my long career and let me tell you that I’ve not enjoyed playing anywhere as much as I have in India. This experience is something that I will always remember,” said an emotional Afridi, who will retire at the end of the World T20 meet.