Lord Mayor calls for SBS to be relocated to Parramatta 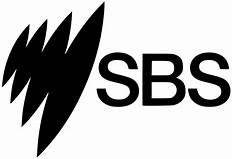 City of Parramatta Lord Mayor Cr Andrew Wilson is calling for the relocation of the SBS broadcaster to Parramatta following Opposition Leader Bill Shorten’s announcement to investigate opportunities for a new site in Western Sydney.

“We have a number of opportunities both in the CBD and surrounding precincts that could cater to SBS and their future requirements. These locations have great connectivity to roads and public transport, and would place SBS at the heart of cultural and economic activity in Western Sydney,” Cr Wilson said.

“As Sydney’s Central City, Parramatta is uniquely positioned to connect the broadcaster to multicultural communities across the region.

“Parramatta is being transformed by a once-in-a-generation investment in cultural, commercial and transport infrastructure, and the addition of 1000 jobs would further enhance the presence of creative industries in the City.

“I welcome the Opposition’s commitment to exploring this opportunity. As the strongest commercial centre in Western Sydney, Parramatta should be the clear frontrunner for a new location and I look forward to working with either side of politics to see this vision realised.”