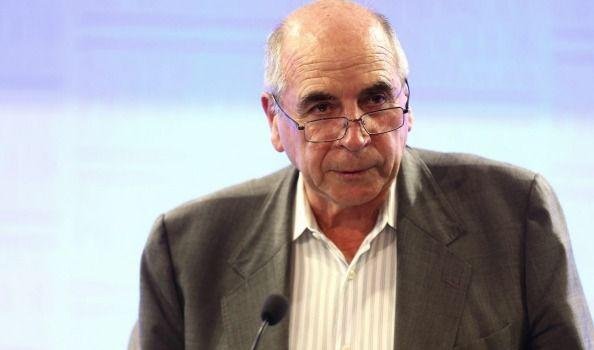 If Treasurer Scott Morrison still considers a company tax cut as part of his first budget, a former Reserve Bank governor believes it will do more harm than good.

With less than three weeks to go, the likely content of the May 3 budget remains unusually vague, other than it will include the results of the government’s tax review.

A GST increase and personal income tax cuts are off the agenda, although the government has talked up the benefits of cutting the 30 per cent company tax rate.

But former central bank boss Bernie Fraser disputes claims businesses would invest more and the economy would grow if there was tax relief.

“History shows it doesn’t work that way,” he told ABC radio on Wednesday, adding that it did not lead to more jobs and cuts would come at the expense of necessary spending programs.

“That would be the unkindest cut of all.”

Mr Fraser and Nobel prize winner Peter Doherty are among 50 academics and community leaders who have penned an open letter to Prime Minister Malcolm Turnbull urging him to prioritise fairness in his tax reform package.

“We urge the prime minister and all political leaders not to cut taxes at this time – and certainly not for companies,” they say.

The letter comes as new modelling by Victoria University shows a cut in the company tax rate could see Australians worse off by an estimated $1600 each.

“The cost to revenue from a company tax rate cut would add to pressure on government to reduce spending in areas such as health and education and income support, or to raise personal taxes,” Janine Dixon, a senior research fellow said.

Instead, unions say the government should be focused on ensuring big companies pay their fair share of tax.

An Essential Research poll of 1000 people, released by the ACTU, shows just nine per cent believe the system is working now, while 85 per cent think the government should close tax loopholes.

“Australians are sick of being told they must live within their means and accept cuts to services while our government allows big business to skirt their responsibilities,” ACTU president Ged Kearney said.