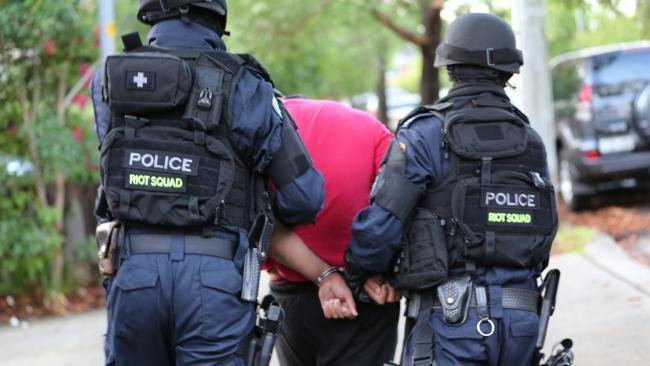 The latest Bureau of Crime Statistics and Research (BOCSAR) report is reflective of the work the NSW Police Force puts in every day to ensure public safety and prevent crime.

NSW Police Commissioner Andrew Scipione said the crime figures continued to mirror the hard work of all police officers with 15 of the major crime categories either stable or falling.

There has also been an increase in reports from the Department of Family and Community Services (FACS) child abuse help line. BOCSAR also advises that many of the offences recorded under ‘other sexual offences’ relate to consensual under age sex and that all of these involve both parties being under the age of consent. The offence ‘steal from retail store’ has now been trending upwards for three successive quarters. The most commonly-stolen items were liquor, mobile phones, electrical appliances and expensive perfumes.

The seven categories – of 17 – which showed a significant drop are:

This result reflects the strong result in the above categories from last quarter, and the report also notes that increases in other crime categories are primarily linked to pro-active policing strategies.

Commissioner Scipione said it was important to recognize how the report linked these increases to concentrated law enforcement.

This is particularly relevant regarding current drug-possession rates, Commissioner Scipione said, which reflected a targeted policing approach and increased detections of drugs in the community.

“NSW Police will continue to work hard to tackle the scourge of illegal drugs and the detrimental impact they are having on our communities,” he said.

“We see time and time again the irreversible damage drugs have on individuals, their families and the wider community. “We must, therefore, stay strong in our resolve to keep the pressure on those who choose to perpetuate this illegal trade.”

Outside the major categories, increases were recorded in secondary crime areas including:

All of these increases are due to improvements in pro-active policing or detection of crime by police.

Commissioner Scipione said the men and women of the NSW Police Force continue to work tirelessly to keep the people of NSW safe and secure.

“Today’s results are a clear indication of their daily dedication and resilience in performing their duties,” Commissioner Scipione said.

The definitive ranking was announced during a special event in Sydney on Friday evening (20 May 2016), which was hosted by the Aid Council of NSWs (ACON) Pride in Diversity Program – a national not-for-profit employment scheme for the inclusion of LGBTI people in the workplace.

In addition to the AWEI announcement, the Force had two other wins on the night – the Executive Leadership Award for LGBTI Workplace Inclusion was awarded to Corporate Sponsor for Sexuality and Gender Diversity, Detective Superintendent Tony Crandell – as well as the Transgender Inclusion Award.

Det Supt Crandell said the NSW Police Force is proud of its achievements, which are thanks in no small way to a dedicated group of sworn and unsworn officers who work to improve the Force’s workplace inclusion and community awareness programs.

“The Sexuality and Gender Diversity team – spearheaded by Senior Programs Officer Jackie Braw – have worked tirelessly to gain this recognition and it represents a fantastic step forward for the whole organization,” Det Supt Crandell said.

“The AWEI ranking – the application for which was led by Detective Inspector Amanda Hancock – is quite an achievement for a first-year entrant.

“It also sends a clear message to existing members and those wishing to join the Force that we are an organization that prioritizes inclusion and celebrates diversity,” Det Supt Crandell said. “In addition we have six LGBTI regional sponsors and around 200 Gay and Lesbian Liaison Officers (GLLOs) across more than 75 Local Area Commands within NSW. “The GLLO program promotes fairness and inclusion, where officers build and maintain relationships with LGBTI organizations,” Det Supt Crandell said. “As police officers we’re here to serve the community, so if we have mutual respect and understanding, there’s no limit to what we can achieve together.”