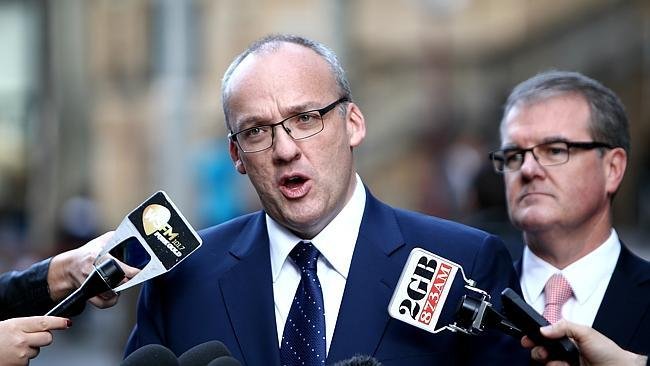 In a speech that advances positive solutions for jobs and growth in Western Sydney, Mr Foley pushed for the lifting of restrictions that could stop international carriers from using the Western Sydney Airport.

Removing restrictions would put Western Sydney’s Airport on the same footing as other key destinations such as Gold Coast, Cairns and Darwin.

Mr Foley also outlined a vision for the future of Bankstown Airport and its eventual conversion into a business park to rival Macquarie Park or Norwest Business Park, creating thousands of high-wage jobs in the process.

“But building an airport is about more than laying a runway. The new airport should not be a spill over for Mascot—it should be Australia’s finest—a place that connects Western Sydney to the world. Labor’s vision for the new airport combines commercial and industrial land with the new service industries of this century.

“Universities and TAFE should be provided with space near the airport to underpin employment in training, research and development. The people of Western Sydney should have access to jobs on their doorstep, in everything from retail to biotech research. And the Western Sydney Airport must have a rail connection.

“The Federal Government must ensure that the airport is served by rail. The Government of New South Wales must fight for this. Western Sydney Airport—like Adelaide, Darwin and Cairns—should not be artificially hindered by the restrictions imposed by bilateral air services agreements or Australia’s four designated Gateway Airports.

“It should enjoy exemptions from these restrictions to stimulate its growth.

“Giving it the freedom to grow will make it more attractive to international airlines and support it quickly becoming a thriving airport and major job generator. Turning airlines away because of the fine print in restrictive air services agreements is an unacceptable threat to Western Sydney’s economic future.

“Our state is Australia’s most attractive and important tourism destination. International visitors spend $7 billion in our state each year. Giving Western Sydney’s airport the right to grow will benefit all of NSW. The future of Bankstown Airport also needs to be considered.

“In future decades, as the new airport grows and becomes the flourishing aviation centre that Western Sydney deserves, airspace requirements mean that the operation of Bankstown becomes increasingly problematic.

“Planning and consultation around developing it as an employment centre needs to be initiated now. Part of this process will involve resolving where Bankstown’s air traffic will go. Some of it, of course, can be relocated to the new airport.

“The Bankstown site is situated between the M5 and the Hume Highway, and with the right planning, investment and infrastructure can be a major employment zone for the jobs of the future in south-western Sydney.

“Our global economic corridor cannot be limited to Sydney’s north and east. We must stretch the global arc to Sydney’s south and west.

“It is easy to imagine Bankstown as the next Macquarie Park or Norwest Business Park – full of tens of thousands of high wage jobs – providing employment opportunities for local people.”

Member for Bankstown Tania Mihailuk said: “We have seen the benefits of employment centres like Macquarie Park – Bankstown should be next.”

“Creating an employment zone and career opportunities will boost not only the local economy but the whole South West Sydney region.”

“With Bankstown’s strategic location connecting the southern and western suburbs of Sydney, a major business and commercial park will undoubtedly invigorate the entire region and make Bankstown the epicentre of Sydney.”