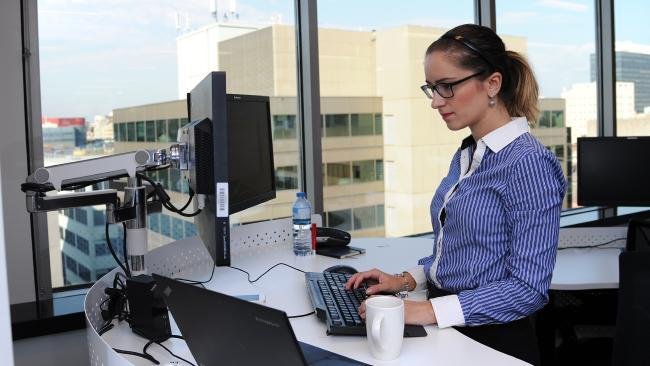 That’s the message from Aussie professionals, according to a new survey, which found 95 per cent of us would prefer a bigger salary to company perks.

And apparently, KPMG is the place to be.

The professional services firm has been named Australia’s top talent attractor in a new analysis by LinkedIn that ranks the top companies where people want to work.

The list was compiled by LinkedIn using a combination of data like new hire staying power, company reach and member engagement, and an “editorial lens”.

Five Australian-based companies made the top 10, indicating Aussies want to work for homegrown brands, with the list being dominated by professional and financial services.

To coincide with the rankings, LinkedIn also conducted a survey of more than 6000 workers, including 1000 in Australia, finding that while Australians are salary-focused, they care more about company culture than their overseas counterparts.

Only one in nine respondents from Australia said they would tolerate a “cutthroat” culture to climb the corporate ladder, compared with the global average of one in six.

“Our research reveals that 70 per cent of Aussie workers are willing to take a pay cut to work for a company with a mission they believe in and that shares their personal values,” said Jason Laufer, director of talent solutions for LinkedIn Australia and New Zealand.

“Building a strong talent brand driven by purpose and showcasing their culture by sharing content through their employees networks is vital to attract the right talent,” Mr Laufer said.

According to the research, the top five things Aussie professionals take into account when considering a new company are a competitive salary (63 per cent), opportunity for growth (53 per cent), health of the business (48 per cent), whether the commute is short (39 per cent), and finally, whether they like their potential boss (37 per cent).

Six in 10 respondents said higher salaries were the main attraction of big-name companies.