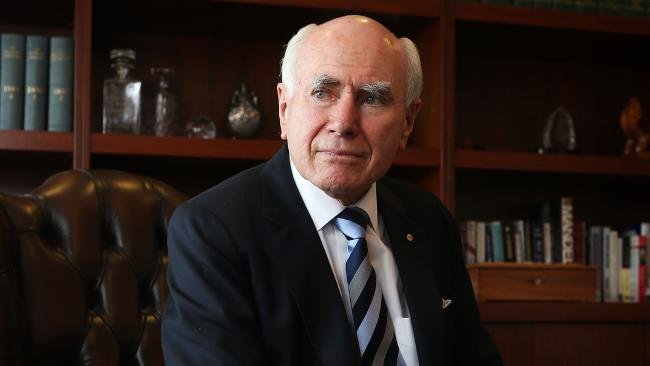 Speaking on CBS’ Sunday Morning TV news program, Mr Howard said he was compelled to act after 35 people were gunned down at the Tasmanian historical site in 1996.

“It is incontestable that gun-related homicides have fallen quite significantly in Australia, incontestable,” Mr Howard said.

“I mean, if you had 13 mass shootings before Port Arthur and you had none since, isn’t that evidence?

“And you had a 74 per cent fall in the gun-related suicide rates, isn’t that evidence?

“Or are we expected to believe that that was all magically going to happen? Come on.”

The gun debate has become one of the hottest topics in the US presidential campaign, with Republican frontrunners Donald Trump and Ted Cruz staunchly defending Americans’ constitutional right to own firearms.

Senator Cruz falsely claimed in one US radio interview sexual assaults on women in Australia went up significantly after the strict gun laws were introduced.

Democrat frontrunner Hillary Clinton and US President Barack Obama have said the US should look at Australia as an example.

“People used to say to me, ‘You violated my human rights by taking away my gun,’ ” Mr Howard, who is regularly called upon by the US media to explain Australia’s gun laws, said.

“And I’d [say], ‘I understand that. Will you please understand the argument, the greatest human right of all is to live a safe life without fear of random murder.’ ”

“I don’t think there’s any relationship between the availability of guns and the level of violence,” Senator Leyonhjelm said.

Asked if Australia could provide a lesson to the US, Ms Loughton replied: “I am loath to comment, but my question is, ‘How is it going for you over there?’ ”

The most startling interview for Americans was probably that with Mr Melick who is pro-gun, but agreed with the strict laws that took some of his high-powered guns away and forced him to lock up his weapons in different safes on his rural Australian property.

Mr Melick said he viewed gun ownership as a privilege, not a right.

“It’s just bizarre the number of people getting killed in the United States and you have these ridiculous arguments: ‘Well, people carry guns so they can defend themselves,’ ” Mr Melick told CBS journalist Seth Doane.