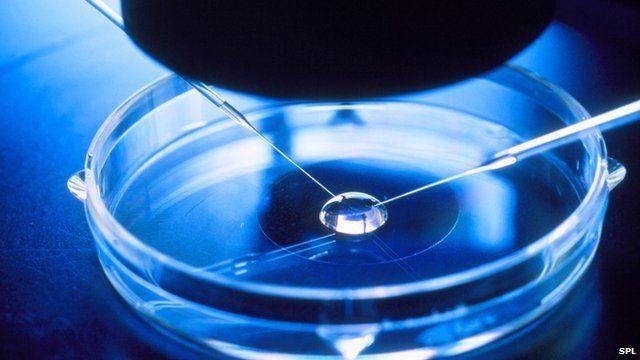 In vitro fertilisation does not increase the risk of breast cancer, a Dutch study has found.

The new research out of the Netherlands adds reassuring weight to accumulating evidence showing no increased risk of breast cancer later in life among women who’ve had IVF.

It’s been widely thought that IVF might influence a woman’s risk of breast cancer because it’s a hormonal treatment and there is a well known link between breast cancer and hormones oestrogen and progesterone.

In fact, a 2012 study by Australian researchers suggested young women who had IVF were at higher risk of developing breast cancer compared to those who didn’t have it.

But the findings were inconclusive and overall the study showed no increased risk of breast cancer.

Now researchers in the Netherlands have found no associated increased risk of breast cancer among thousands of women who had undergone fertility treatment between 1980 and 1995.

The researchers at the Netherlands Cancer Institute, Amsterdam, assessed the health of more than 25,000 women, 21 years after IVF treatment.

Most of the women were 33 when they had fertility treatment and underwent an average of three IVF cycles.

The incidence of invasive and in situ, or early stage, breast cancers in women who underwent fertility treatments was obtained through the Netherlands Cancer Registry.

Just under 840 cases of invasive breast cancer and 109 cases of in situ breast cancer were reported among the women at an average age of 54, according the study published in the Journal of the American Medical Association.

Analysis indicated that breast cancer risk in IVF-treated women was not significantly different from that in the general population and from the risk in the non-IVF control study group.

Interestingly, women who had a poor response to IVF had a decreased risk of breast cancer.

“These findings are consistent with the absence of a significant increase in the long-term risk of breast cancer among women treated with these IVF regimens,” the authors wrote.

Professor Louise Stewart from the University of Western Australia, who led the 2012 Australian study, described the findings as positive.

While the door hasn’t been completely shut on a link between IVF and breast cancer there is more and more evidence favoured towards no association, Prof Stewart said.

Women shouldn’t be fearful of getting breast cancer from IVF, she said.

“If you are wanting to have a child then that’s really, really important and I wouldn’t let that cloud my judgment, I just think its really good to be informed.”