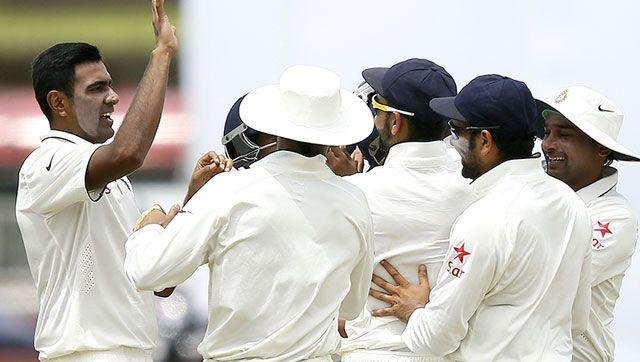 After giving India the upper hand with a six-wicket haul on Day 1 of the first Test match against Sri Lanka at Galle on Wednesday, off-spinner Ravichandran Ashwin said he had rediscovered himself after critically analysing his bowling.

“Some credit should go to Ravichandran Ashwin also,” India’s strike bowler said at the post-day press conference adding, “Because I have taken stock of my own bowling, being a lot critical of myself, raised a lot of questions and got fruitful answers from both Bharat Arun and Ravi Shastri. That has actually enabled me to try and discover myself.

“I think nothing is a permanent feat in life as you start stagnating. I think you have to keep improving,” the Tamil Nadu tweaker added with a touch of pragmatism.

He did not hide his pleasure at his figures of six wickets for 46 in Sri Lanka’s meagre first innings score of 183. “I am very happy to do it on a consecutive basis,” said Ashwin, referring to the 5/87 he took in Bangladesh on the preceding Test tour.

“I think it is more about how the game is. I am not looking at my personal milestones. I want to get better. The process is in place and it’s perfect. I am looking at it from that perspective.”

Ashwin also made it clear that he does not want to differentiate between home and foreign conditions. “I am not looking too much into what is foreign and what is local performance. So I tried to put an end to that kind of feel. I want to move ahead and do better for the team. It’s an extraordinary performance to bowl out a team in a day especially in Sri Lankan conditions after having lost the toss,” he added.

He also said that speaking to Shastri has been of great help. “Ravi Shastri is a very positive influence on the team. When I was not playing in Australia, he (Shastri) came to me and told me why I was not playing. He gave me a bit of sympathy about why I am not playing. It is not generally something I look for. He has been a very positive influence. He tried to talk to me about things he experienced when he was in Australia. That’s where it took off.

“I am someone who likes talking cricket and discussing cricket. Especially with him around he is someone who enjoys the same pattern. When we talk and discuss a lot, new opportunities open up to try a few things and the improvement has already started.”