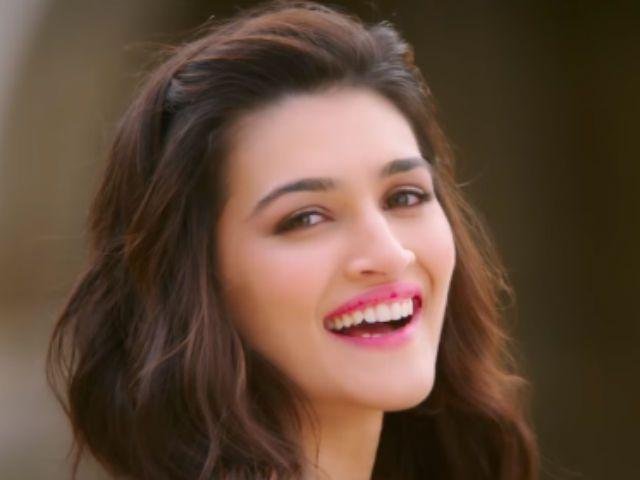 Actress Kriti Sanon said that she was not intimidated by Shah Rukh Khan and Kajol in Dilwale.

Kriti said that it was a learning experience for her to work with senior actors like Shah Rukh, Kajol, Johnny Lever and Sanjay Mishra at such an early stage of her career.

“I never looked at it like that. I was the most inexperienced one on the set. I was just one film old. I don’t think I will get to work with so many actors and learn from them in a single film. I never felt that I don’t have much role,” Kriti told PTI.

Kriti said that her character in Dilwale is very simple. “I play Ishita. She is a simple, sweet and a normal girl. Rohit sir had told me that in his films, either the stars are mad or they are too loud. But my character is very normal. She likes honesty,” said Kriti.

The Heropanti actress said that Shah Rukh is a very humble person.

“I have grown up watching his films. For me, he was like Shah Rukh Khan the star. But when I met him, I realised that he is a very normal person. The best thing about him is how comfortable he makes you feel. And his behaviour is the same with everybody, whether it’s an AD, spot boy or a character artiste. Once you meet and have spoken to him, you don’t feel the pressure to act opposite him. It was more of a learning experience to work with him,” said Kriti.

“Kajol ma’am is someone who takes a little time to open up. She’s a little guarded when you are meeting her for the first time. I hadn’t met her at all before doing my first scene with her. I was actually scared and nervous to work with her. But she was really sweet and helped me give my best shot,” added Kriti.

Dilwale is scheduled to release on December 18.